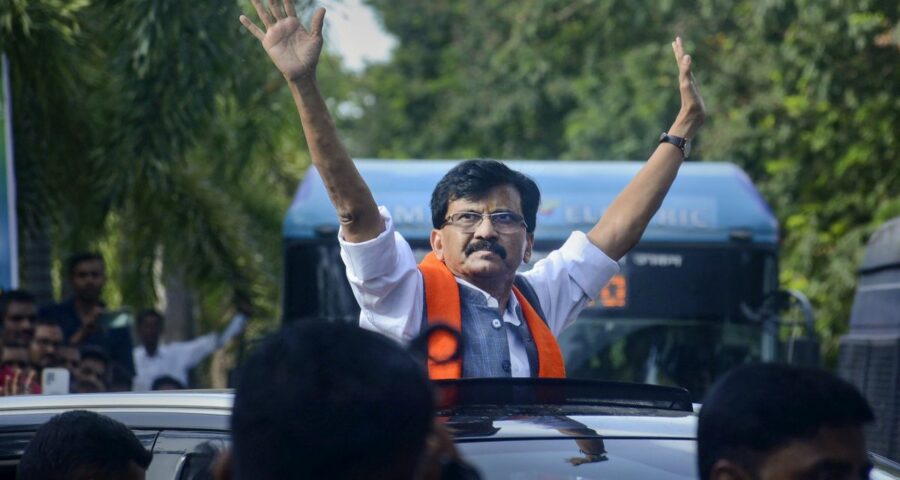 When we know that the ED’s conviction ratio is less than 1% of the cases that it prosecutes, when we know that ED ‘raids’ are today more than 25 times as they were before 2014, why are we giving the ED more powers? asks Aakar Patel.

The dictionary defines a police State as ‘a political unit characterised by repressive governmental control of political, economic, and social life usually by an arbitrary exercise of power by police and especially secret police in place of regular operation of administrative and judicial organs of the government according to publicly known legal procedures.’

Meaning a nation where government institutions exercise an extreme level of control over civil society and liberties.

Also described as a place where there is ‘little or no distinction between the law and the exercise of political power by the executive.’

There are examples of police States, which are usually not democracies. China today, Cuba under Castro, North Korea under the Kim dynasty, Saudi Arabia and Myanmar are police states.

One could argue that Russia is not a real democracy and its elections are flawed but that same argument could be made for many other states including our own.

The real question is whether the impulse of the State is to move towards greater liberty for individuals or greater restrictions and a police state.

This statement was made on the issue of bail to individuals, and the court noted that most of India’s prison population comprised of undertrials, meaning those who had been accused but not convicted.

The court said that the arresting people and jailing them before trial ‘certainly exhibits the mindset, a vestige of colonial India, on the part of the Investigating Agency, notwithstanding the fact arrest is a draconian measure resulting in curtailment of liberty, and thus to be used sparingly. In a democracy, there can never be an impression that it is a police State as both are conceptually opposite to each other.’

What the court appears to be indicating is that we are behaving as a police State though we are a democracy.

A few days after this, the Supreme Court in another bench sent down a judgment which has validated the Enforcement Directorate’s near-unlimited powers in attaching properties and detaining people.

This judgment undid a previous Supreme Court judgment which was in favour of individual liberties.

Now, once again, the individual facing money laundering allegations can be jailed and, once jailed, will find coming out impossible even without conviction because of a reversal of burden of proof.

This is similar to the condition, also validated by the Supreme Court, in the Unlawful Activities (Prevention) Act or UAPA where people once jailed on suspicion can forget about being released.

Several other laws, and I have written about this often, also reverse burden of proof onto the accused.

Possession of beef, the ban on interfaith marriage between Hindus and Muslims, possession of narcotics and so on also have similar conditions.

In all of these laws, the balance of power is in favour of the State.

The individual, who is much weaker than government, is presumed to be equal or even more powerful.

This is, of course, not the case in reality, which is why the jailing of people like political opponents and dissenters and activists is wrong before they have been convicted.

India has never settled into one particularly trajectory and our history shows that we have always flirted with being a police State though our Constitution points us the other way.

We have taken on and let go of laws that restrict liberty and give all but absolute control over individuals’ lives to the State.

We take them on because of some fear and the desire of the State for control; we let them go (like we did TADA and POTA) because we realise that the State misuses this absolute authority.

Our inability as a nation to also punish the government and its officials who misbehave and misuse the draconian laws is the reason why they keep coming back.

When we know that the conviction ratio of the Enforcement Directorate is less than 1% of the cases that it prosecutes, when we know that the ED has been misused against opponents of the government and that ‘raids’ by the ED are today more than 25 times as they were before 2014, why are we giving the ED more powers?

One answer is that many people want the State to have all but unlimited control.

I have little doubt that in time, just as we have done away with other draconian laws, the ones we have gifted ourselves since 2014 will also go.

Liberal democracies such as the one our Constitution tells us we are, naturally move towards greater freedom for the individual and more restriction on the State’s ability to harm individuals.

Our challenge is to make sure that even in desperate times such as the one we are going through now, there is sufficient pushback against this encroachment on our rights and liberties.

We must arrive at the place where we are not only not a police State, but are also not at all inclined towards becoming one.