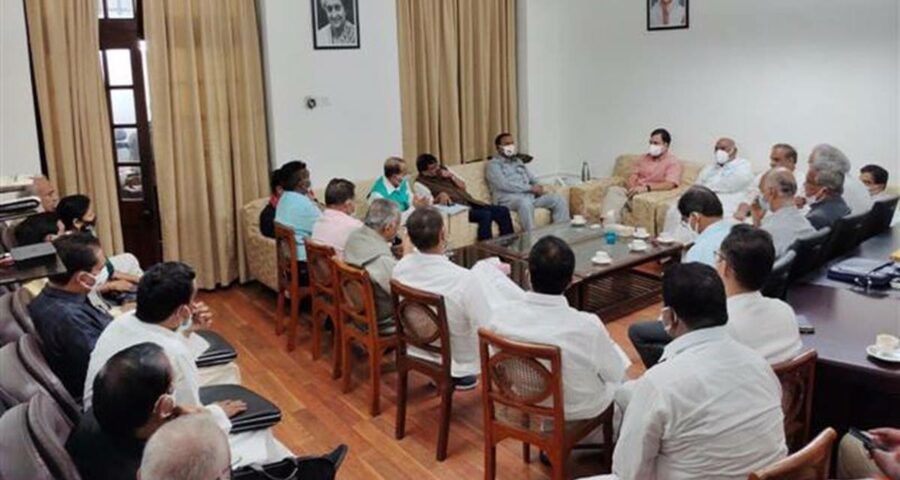 Expanding social bases, working from the ground up is the only way opposition parties can create a context for defeating the ruling forces 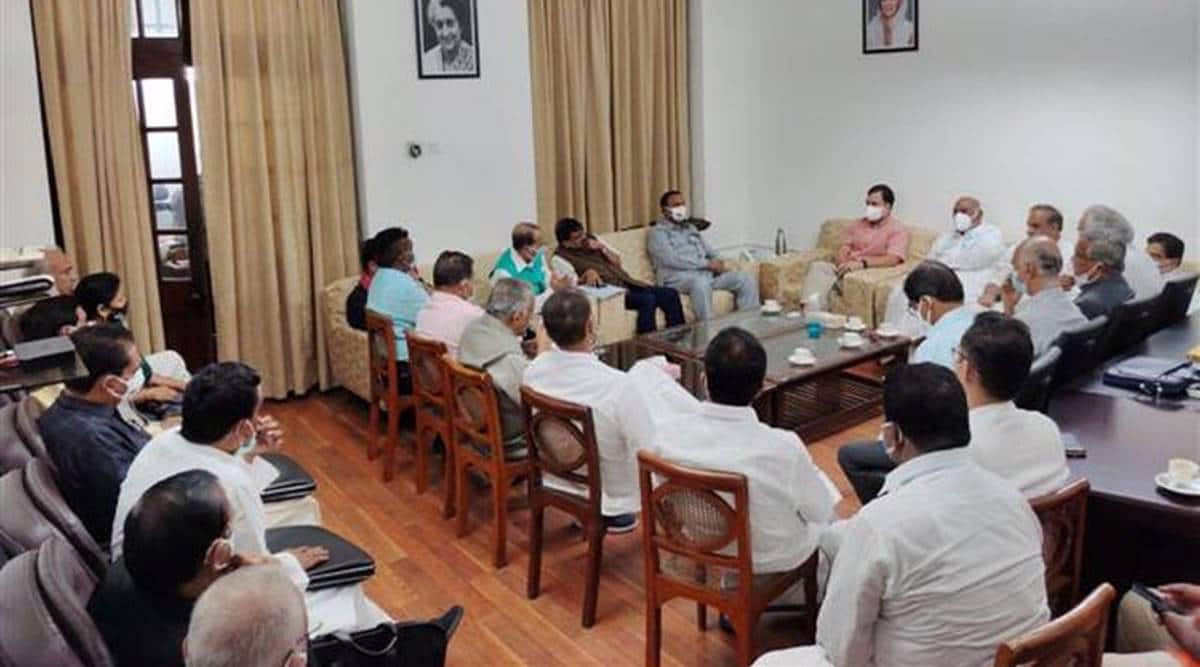 A parliamentary opposition is essential and inevitable for democracy and governance. The irony of the present times lies in the unmaking of the opposition as one witnesses social groups moving away from various opposition parties and associating themselves with the ruling party. The opposition parties are struggling to hold on to their vote percentages and social support. For instance, Lokniti-CSDS data suggests that the BJP, as a ruling party, increased its OBC vote share from 34 per cent in 2014 to 44 per cent in the 2019 Lok Sabha election, whereas the regional and state-centric parties’ share of OBC votes reduced from 43 per cent to 27 per cent in the same period. The crisis of today’s opposition parties lies in their incapacity to expand organisationally and electorally. The coalition and alliance politics of the opposition were and are invariably seen as “marriages of convenience”, the politics of compulsion and “unholy alliances”.

The advice to the opposition parties to go for unity has certain limitations. These limitations are extrinsic and intrinsic. The extrinsic factors have to do with the relationship between the opposition and the ruling party or “government party” (to use Lohia’s expression). The intrinsic factors pertain to the relationship and the programmes that various opposition parties undertake between two national elections. To begin with the extrinsic factors, for someone like Jean Blondel, “opposition” is a dependent concept as its character is tied to that of the government. The opposition reacts, questions, scrutinises the government on a day-to-day basis in parliament and its committees and outside the parliament, in the media and among the masses. The role of the opposition is to ensure that any government maintains the constitutional guardrails. Whatever a government adopts as a policy measure and legislation, the opposition views it from an essentially critical gaze. Moreover, in parliament, the opposition goes beyond merely following the government and raises, demands and appeals for the specific needs of their constituencies, amendments and assurances using Zero Hour, Question Hour, Private Member’s Bill, Special Mention, No Confidence Motion.

The intrinsic factors go beyond just weaving an opposition by uniting several parties to electorally replace the ruling party. The need is to revamp the party organisation, to go for mobilisation and acquaint the masses with respective party programmes, agendas and government failures; and also to adopt mechanisms for a timely evaluation of internal democracy in the parties to expand. Short-circuiting these organic steps just to circumvent the electoral calculations of the ruling party seldom works. Today, a lack of trust and absence of leadership in the parties haunt the opposition. The base of the opposition parties is shrinking. The Lokniti-CSDS data shows that the support of Upper OBCs for regional parties reduced from 47 per cent to 29 per cent between 2014 and 2019. In the same period, the support of Lower OBCs decreased by 11 per cent for the regional parties coming to merely 22 per cent in the Lok Sabha election. Even for the Congress, the vote share among upper castes fell from 26 per cent to 12 per cent between 2009 to 2019. Almost half of the non-Jatav Dalits chose to vote for the BJP in the 2019 general elections.

The contemporary crisis of the opposition is primarily the crisis of its effectiveness and representation in these parties. The opposition competes with the ruling party. The opposition parties are suffering from a crisis where they are stuck with clustered forms of representativeness limited to some specific social groups and are unable to extend this umbrella beyond a few identities. The representational assertion enabled the opposition after the 1970s to be formed and to expand and consolidate, but the inability of this phenomenon to realise substantive representation within all sections of the SCs, STs and OBCs and the failure of the present opposition parties (that were in government until a few years ago) to deepen democratic representativeness, contributed to the shrinking of the opposition’s space after 2014. The one-party dominant government further worsens the situation. The idea of representation by people like Lohia was not to imagine a kind of cluster of representative parties competing against each other but to consolidate the non-elites, hitherto at the margins of political decision making.

Opposition unity historically worked in a specific socio-political context when the Congress as the ruling party was undergoing a trust deficit, leadership crisis, party fragmentation and withering of electoral support away from the ruling party. The unity of the opposition was effective at a juncture when various social groups and communities were seceding away from the then ruling party, Congress. The widening representativeness shaped the opposition unity. Today, this situation is the opposite. One sees that the politically and socially marginalised within OBCs and SCs are moving towards the BJP. The plausible reason could be the failure of non-BJP, non-Congress parties to ensure proportionate and equitable representation and participation in various social schemes such as reservation.

The unity of the opposition irrespective of ideological considerations works in a context when there is the expansion of representation and participative assertion outside Parliament. For instance, during the era of Congress dominance, despite different ideological and political programmes, parties like the Jana Sangh, Swatantra, Socialists came together multiple times but failed. It was only in the era of increasing participation and representativeness that consolidation across the ideological spectrum was possible.

Opposition unity has the potential to succeed if it can pull various social groups away from the ruling party. In this context, issues like implementing proper reservation and its expansion in the private sector, representation in the judiciary and the caste census play a pivotal role. If the mobilisation based on these issues could occupy a broader canopy, opposition parties could come together effectively, symbolising a broader representation. There is a potential that parties like JDU and RJD along with others can form a broader political front to pressure the government and mobilise the people. The current debate on the caste census can become one such significant issue if it takes the path of mobilisation by the parties like SP, RJD, JDU, BSP, JMM, JDS, BJD, ASP, NCP, Congress, DMK in various states.

But the Congress is wary about this. How effective would the non-Congress, non-BJP parties be in order to go beyond a pressure group and actually build a formidable Opposition bloc?

The Opposition will certainly have to circumvent the issues of Hindutva hegemony and nationalism and differentiate themselves on matters of governance and policy legislation. Moreover, mobilisation by the opposition parties is going to take place in a scenario where there is a parallel and counter mobilisation by the ruling party. The opposition parties have to think whether the issues they raise resonate at the level of perception or can it go beyond this for a qualitative transformation pertaining to the caste census, ensuring proper implementation of reservation, farmers’ issues, demanding institutional accountability and scrutiny of the government, assertion for greater role of the opposition in the legislature, revisiting issues of electoral reforms and funding, judiciary’s transparency, making a parliament that is not simply synonymous to the executive branch’s highhandedness. Does the opposition have a language to represent all these issues with distinctiveness?

The success of opposition unity is based on the projection of arithmetic calculations. One should keep in mind that this tactic is not unaffected by the politics of the ruling party. So, competition among various parties is inevitable in a parliamentary system. There is a need to revive and reconstitute parties in villages, blocks and districts as opposed to dictating from the top. The opposition parties require a sustained perennial campaign and mobilisation as opposed to occasional press conferences and customary rallies during elections. There is no shortcut or “artificial stimulus” that could build an effective opposition. To borrow and paraphrase Nehru from the Congress session at Indore in 1957: “was the Congress [Ruling Party] to ask [the people] to give its support to candidates of the rival [Opposition] parties at the elections?” Unity requires a socio-political context, which as of now is absent. Parties in opposition need to shed their acquired identities and embrace newer ones, which are broader and deeper in perception and practice.