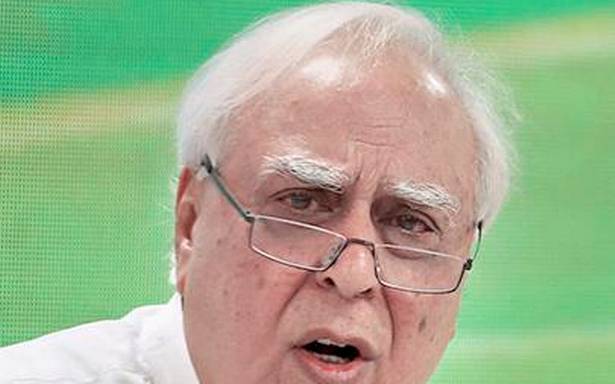 Earlier this week, Mr. Sibal had urged the Supreme Court to act suo motu on the Lakhimpur Kheri violence

Senior Congress leader Kapil Sibal on October 8 questioned Prime Minister Narendra Modi’s silence over the Lakhimpur Kheri incident, and said just "one word of sympathy" was needed from him.

In a tweet, Mr. Sibal said, "Lakhimpur Kheri Horror. Modi ji, Why are you silent? We need just one word of sympathy from you. That should not be difficult!" "Had you been in opposition how would you have reacted? Please tell us," the Rajya Sabha MP said.

Earlier this week, Mr. Sibal had urged the Supreme Court to act suo motu on the Lakhimpur Kheri violence.

He later thanked the Chief Justice of India after the Supreme Court took cognisance of the incident and had said courts in India are temples of justice that can restore the faith of the voiceless.

Four farmers were mowed down by an SUV in Lakhimpur Kheri when a group agitating against the Centre’s three new farm laws was holding a demonstration against the visit of U.P. Deputy Chief Minister Keshav Prasad Maurya. Two BJP workers and a driver were beaten to death allegedly by the angry protesters, while a local journalist was also killed in the violence.

The U.P. police on October 7 made the first arrests in the Lakhimpur Kheri violence taking into custody two people and also summoned Union minister Ajay Mishra’s son Ashish Mishra, an accused, for questioning.