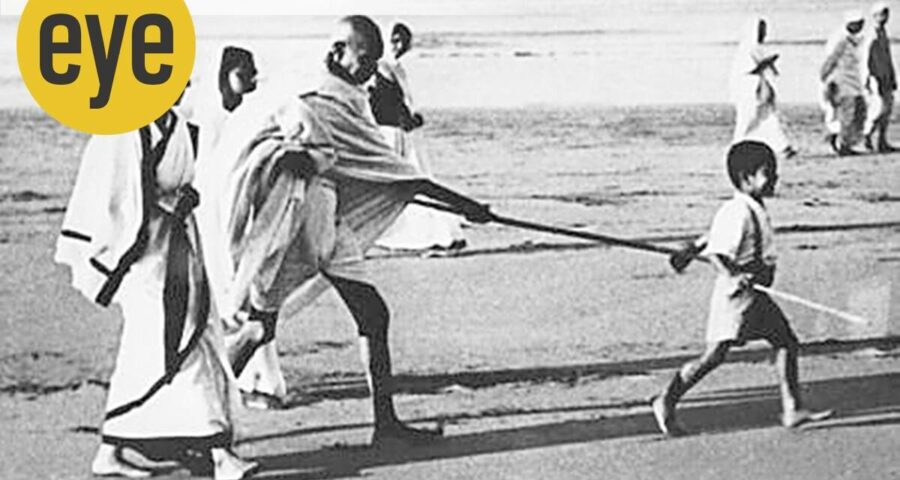 'The Murderer, The Monarch and the Fakir: A New Investigation of Mahatma Gandhi's Assassination' by Appu Esthose Suresh and Priyanka Kotamraju examines the Hindutva imagination that led to the murder of the visionary leader This is a book written by an investigative journalist, Appu E Suresh, and an independent journalist, Priyanka Kotamraju, who are on a quest to understand the MK Gandhi murder conspiracy. The authors set out searching for the “smoking gun” that killed Gandhi.  The gun here is a metaphor for the mastermind behind the murder — Vinayak Damodar Savarkar. We know Gandhi was murdered by Nathuram Godse but what remained unestablished was Savarkar’s link to the killing. The Gandhi murder trial acquitted Savarkar and the Jeevan Lal Kapur Commission that was set up two decades later hinted at his involvement but could not provide firm evidence.

The book illumines two new connections that deepen our understanding of Gandhi’s assassination. First, it pushes back the date of origins of the Gandhi murder conspiracy to August 8, 1947, — a week before Independence, instead of the period after — to show that it was not simply the issue of payment of Rs 50 crore to Pakistan and the rehabilitation of Hindu refugees that made the conspirators boil over. They argue that the conspiracy had roots in Savarkar’s hypermasculine and militant philosophy of Hindutva. Second, the book highlights the hitherto unknown role played by the beleaguered princely states and their bureaucracies (especially that of the states of Alwar and Gwalior) in Gandhi’s murder. Thus, several right-wing organisations (Hindu Mahasabha, Hindu Rashtra Dal, Hindu Rashtra Sena, Rajput Seva Sangh) and the notorious princely states came together under Savarkar’s leadership just before India became independent to eliminate the man they saw as an obstacle to the establishment of the Hindu raj. January 30, 1948, was not the first but the final attempt to assassinate Gandhi.

The authors’ narrative is based on newly unearthed archival material, primarily the files of the intelligence bureau (IB), the state intelligence departments and the Crime Investigation Department (CID) that consists of Case Diary notations and interrogation reports of the intelligence and police officers investigating the murder conspiracy in conjunction with the Kapur Commission Report, court statements of the Savarkar brothers and Godse, private papers of (Hindu Mahasabha leader) BS Moonje, Hindu Mahasabha papers, The Collected Works of Mahatma Gandhi and other primary and secondary printed materials in National Archives of India, Nehru Memorial and Museum Library in Delhi and the National Archives of London. The use of different kinds of sources provides a closer look at the events that led up to Gandhi’s assassination, besides informing the reader about several new historical persons, their connections and role in the conspiracy, and the ideas and frames of thought that allowed the assassins to justify the murder. Studying Gandhi’s assassination is relevant in view of the authors as it gives us an insight into the current national political churn, which appears familiar to the tensions in post-Independence politics. Although the authors don’t really specify what these tensions were and what about them feels familiar, they make a credible argument and shed new light on the murder conspiracy.

The Murderer, the Monarch and the Fakir comes as an interesting and a welcome intervention in a public discourse teeming with Savarkar’s hagiographies and Godse eulogies. However, living as we do in a post-fact and post-truth age, I ruminated whether it is enough for a historian or an investigative journalist to deploy ever-new facts from their archival arsenal to challenge the popular discourses and/or received historical wisdom. Narrative or discourse, that is, the way a story is told, is what makes it powerful and persuasive in a public battle.

Its strength comes from not just the facts it parleys but the imageries, beliefs, attitudes, ways of being, vocabulary and the hubris that it generates. Discourse, like myths, harbours its own truth and may have little or no grounding in reality or facts. Technology — print, media and digital — further plays a crucial role in the circulation of the narratives and their seepage into the public psyche. Could a bullet shower of historical facts overturn the hagiographical narratives of Savarkar in the public arena? At the least, one hopes, it would punch some holes into it.

In fact, the acquittal of Savarkar in the Gandhi murder conspiracy trial itself has echoes of the present-day snakes (discourse) and ladders (evidence) political game. Discourse does not thrive on facts/evidence, nor does the crime of conspiracy. In legal terms, a conspiracy is an “imagined crime” that exists before and beyond the actual physical act. This means that the law does not require a person to have committed a deed or to have been directly involved in its commission in order to indict. One could be implicated in the crime by a simple articulation of intent and/or making a covenant to commit the crime. That means a conspiracy trial in effect is not simply driven by “facts” or evidence. The elasticity of definition gives the courts a leeway to implicate based on a tenuous connection or suspicion, or acquit citing insufficiency of evidence as happened in Savarkar’s case, and, six decades later, in the Godhra riots case.

So, it was not only the assassin’s bullets but, as the authors show, the Hindutva discourse of Hindu victimhood that fell Gandhi, and that continues to mutilate Gandhi’s memory. In this much, Gandhi becomes a metaphor as reflected in the question the authors ask — Which Gandhi did they kill? — one that resides in the Hindutva imagination or a man who was an apostle of peace? The book is a fact-armoured response — a chronicle of an assassination foretold — to the former imagination that is increasingly gaining discursive ground.