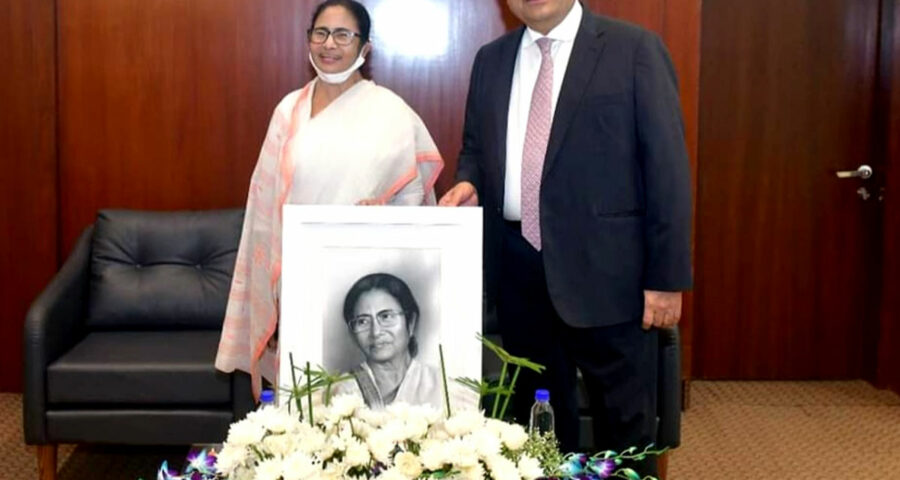 Please click on the images for glimpses of Didi’s meeting with Gautambhai. 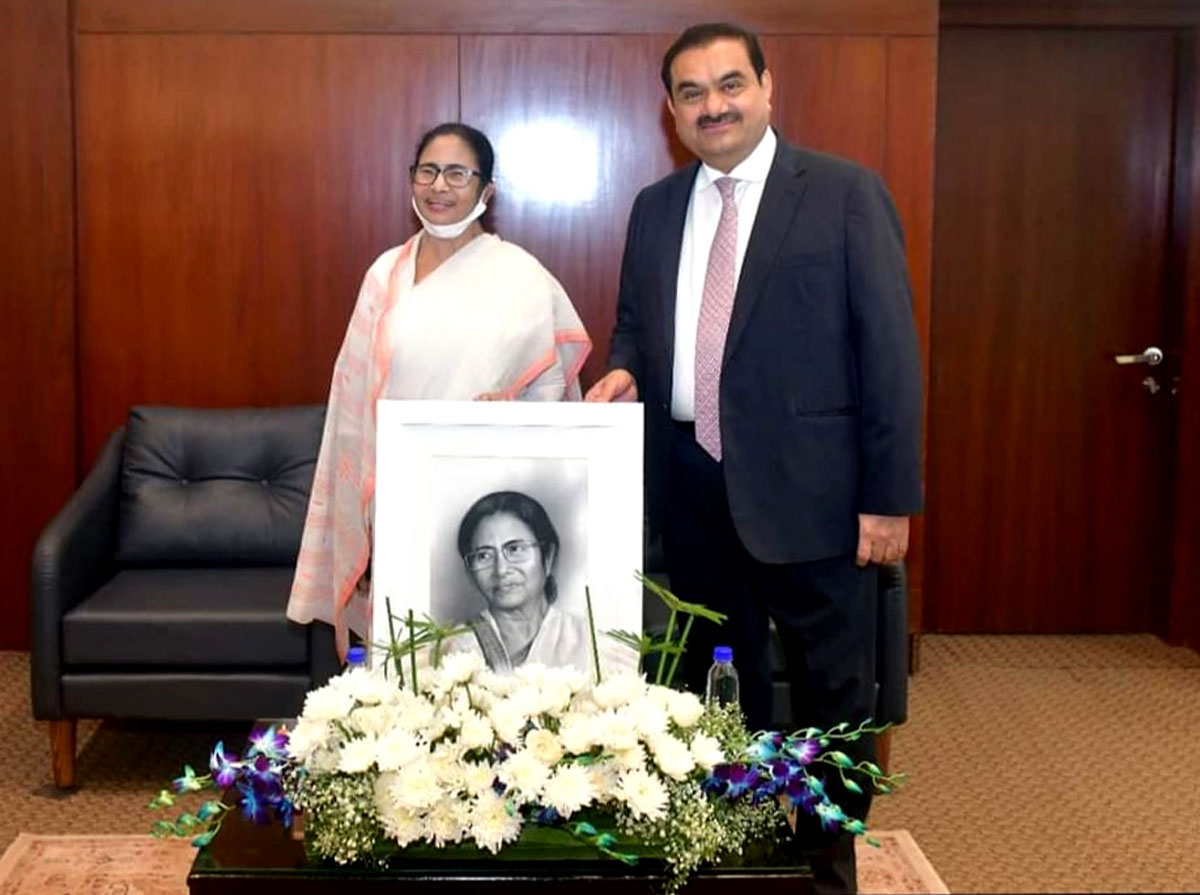 IMAGE: One is unsure if Adani presented Mamata with this portrait of hers, or if it is the other way around.
All photographs: ANI Photo 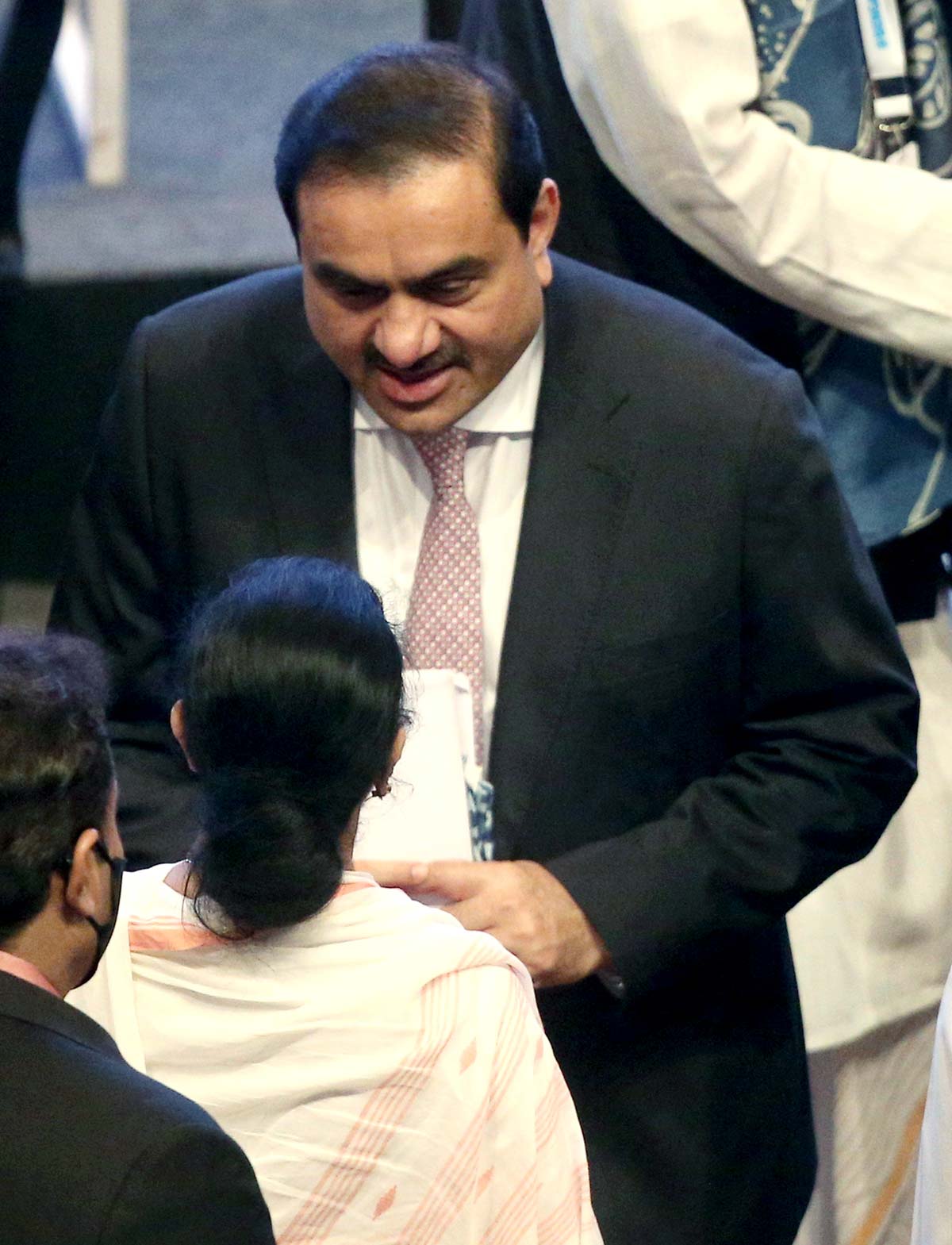 IMAGE: Mamata interacts with Adani at the inauguration of the Bengal Global Business Summit, where he was a keynote speaker. 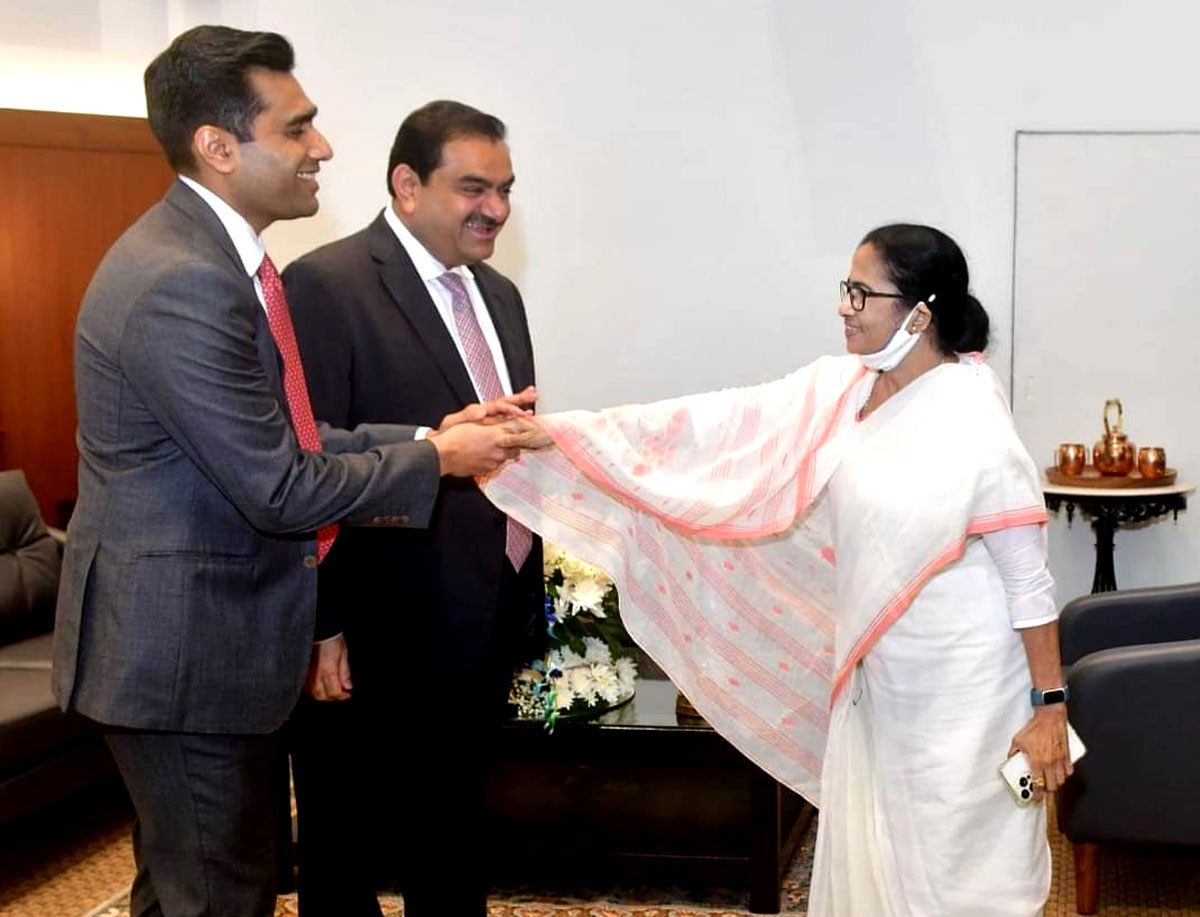 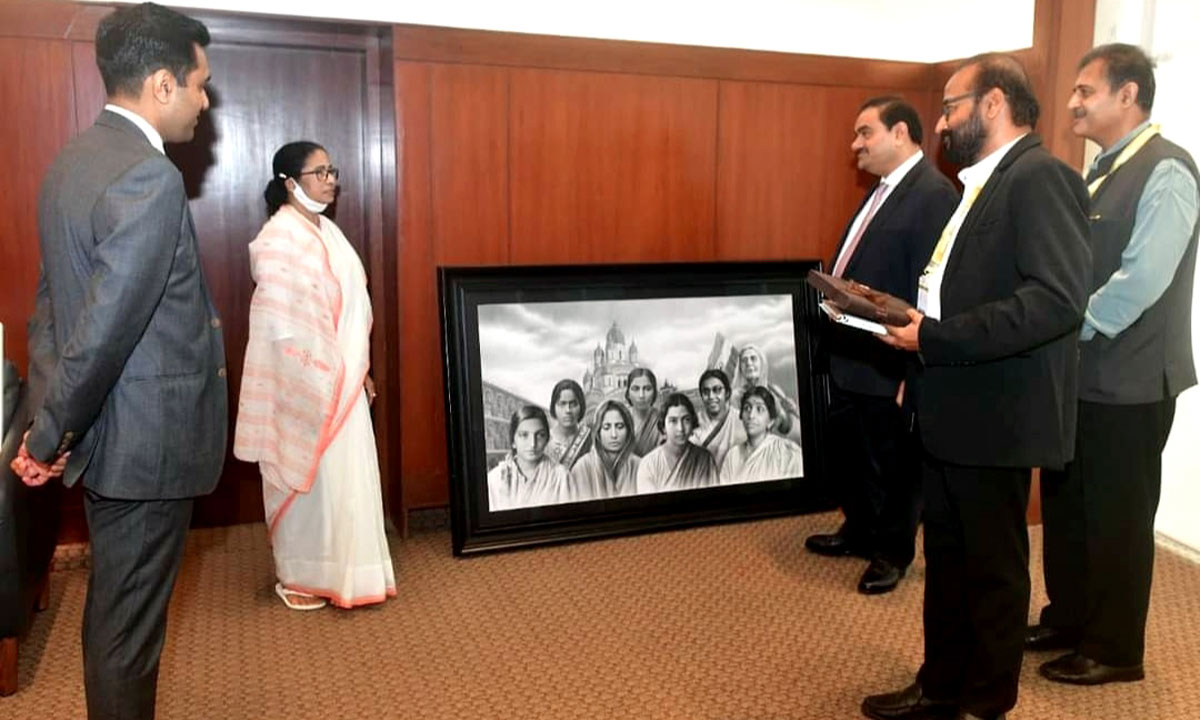 IMAGE: Again, one isn’t sure if this painting is Mamata’s gift to Adani or the other way around. We say the latter.