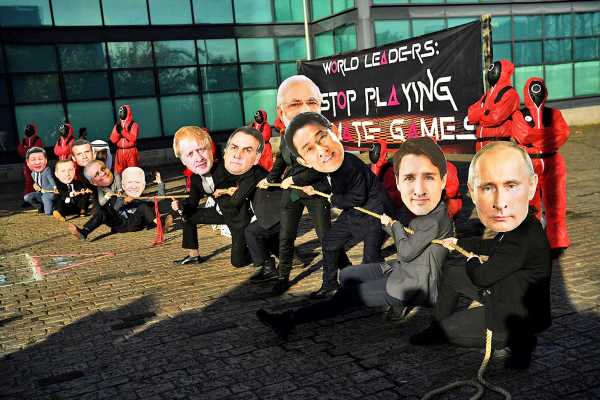 As more than 120 heads of government and heads of State gathered in Glasgow for the COP26 summit, climate change activists made their point to world leaders outside the Scottish Event Campus, the designated venue for the global summit.

Please click on the images to better see the climate change activists’s messages. 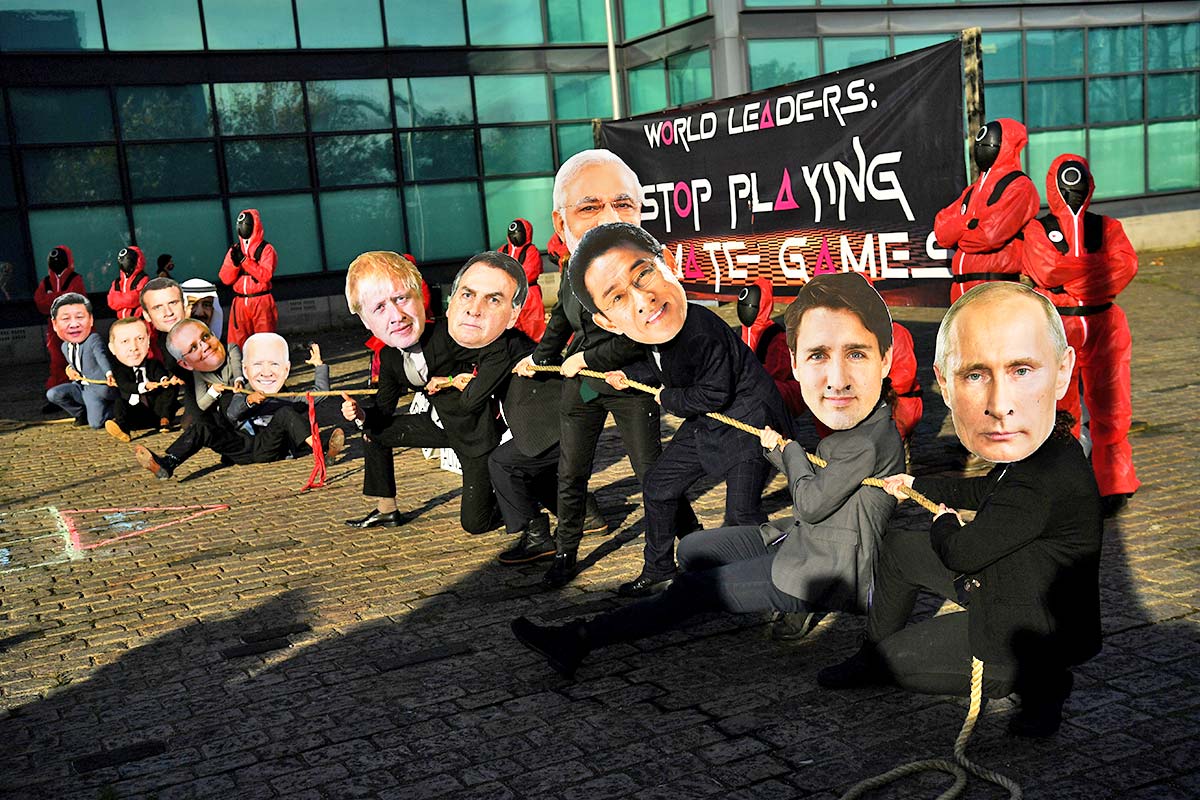 IMAGE: The Korean-created Squid Game has riveted the world after the series debuted on Netflix a few weeks ago and what better way for activists to highlight their anxiety that the world’s leaders stop gabbing and take urgent action to fix climate change? Photograph: Russell Cheyne/Reuters 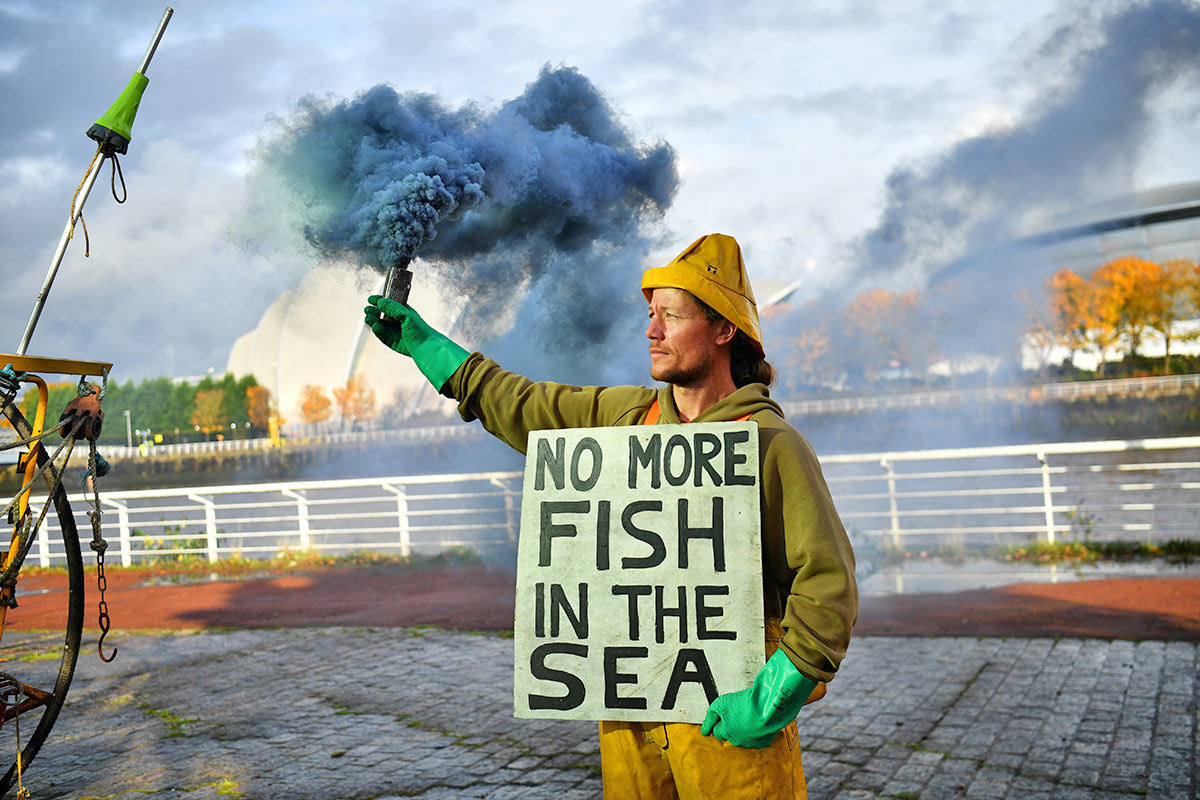 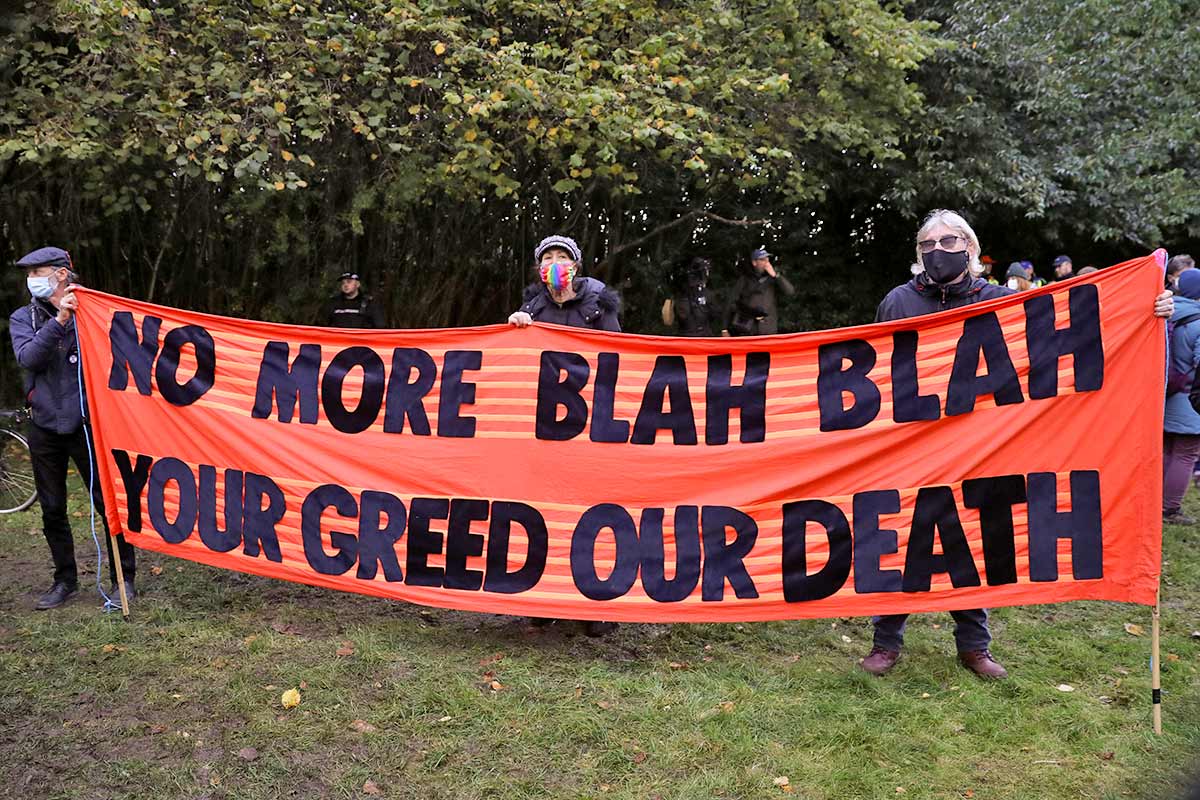 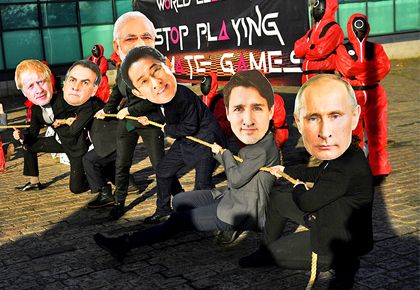