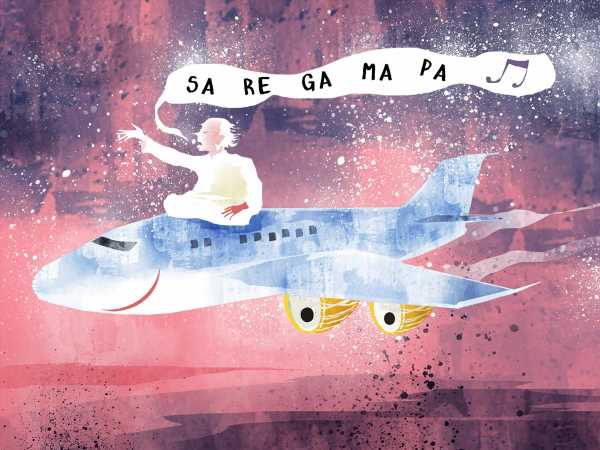 Managements of India’s airports and airlines must be busy working on ways to capitalise on the buoyancy they saw in the latter half of 2021.

The civil aviation ministry, you would have thought, will be busy ensuring that the sector stays on this higher flight path.

But in the last week of 2021, other concerns seem to have exercised the ministry.

It found time to send airlines and airport operators a memo asking them to play Indian music on flights being operated in India and in airports ‘following the regulatory requisites’ (whatever that means).

A letter from a joint secretary reasoned that most airlines played music ‘quintessential to the country to which it belongs’.

She offered as examples, jazz in American airlines, Mozart in Austrian airlines and Arab music in West Asian airlines.

‘But, Indian airlines seldom play Indian music in the flight, whereas, our music has a rich heritage and culture and it is one of the many things every Indian has… for being truly proud of it,’ she added.

This directive, it turns out, did not originate in the civil aviation ministry but with the Indian Council for Cultural Relations (ICCR).

The ICCR is an autonomous organisation under the Government of India with a mandate to promote India’s external cultural relations, according to its Web site.

It has been around for seven decades, having been founded by that deeply secular poet, scholar and freedom fighter Maulana Abul Kalam in 1950.

So you would expect it to have a pretty good handle on this amorphous concept called ‘Indian culture’, right?

Which is why the directive is so curious. It leaves unanswered a critical question the aviation industry may well ask.

What, exactly, is ‘Indian music’?

You get the drift.

No doubt an aficionado of Indian music would love to hear the full range of this uniquely opulent diversity of sound — though good luck to the airport or airline operator attempting to put together a compilation.

To give ICCR the benefit of the doubt, it may not have been the originator of this memo either.

Notions of ‘Indian culture’ are very much a political judgment these days, what with churches being attacked by saffron vigilantes for representing a ‘foreign’ religion and Muslims being marked for annihilation (which would, incidentally, disqualify whole swathes of musical traditions we currently claim as ‘Indian’).

There’s a giveaway reference to music being an integral part of ‘socio-religious life’ that suggests the kind of music the ICCR would like to have on flights and in airports.

But the civil aviation ministry, which is supposed to have an understanding of the aviation business, could well have offered a logical rebuttal.

The music that inflight airlines choose to play, typically before take-off and landing, is as integral to their brand values as their aircraft interiors and crew uniforms.

If a low-cost airline chooses a playlist of forgettable muzak or another selects Pink Floyd, that’s the result of a deliberate decision by the marketing and branding teams.

Globally, many flag carriers have specially commissioned inflight compositions to match new brand campaigns — Singapore Airlines, Etihad, Finnair — that reflected only fleetingly the music of the country they represent (and contrary to the joint secretary’s assertions, not all American airlines play jazz as inflight music. Delta Airlines, for instance, runs a playlist of pop songs.)

Before it was sold, State-owned Air India could be depended on to play Indian classical music just like its Indian Railways counterpart.

That was a branding decision too that extended to the saris that flight attendants were required to wear. (Here, too, there have been exceptions. Travellers on the early days of the Rajdhani chair car may remember the peppy rendition of the 1960s Western instrumental hit Wheels that was played as the journey began.)

But private airlines are businesses owned by private capital, some of it of foreign provenance, not flag carriers financed by taxpayers.

It is plain silly to direct them to conform to some narrow cultural notions (who knows, in-flight uniforms could be the next target).

Airports fall in a grey zone — apart from the Airports Authority-owned facilities, the privately operated ones typically have tie-ups with the government, so they may be obliged to follow such diktats.

The irony is that the civil aviation ministry and the ICCR are making a big deal out of something the average passenger rarely notices.

At airports, music is part of the background noise as you extrude your way through security to the boarding gate.

In flight, it’s the seat, the co-passenger, on-board service, the safe landing that are priorities.

Anyway, just as the Mughal-era biryani was the most ordered dish online in 2021, it is clear that Indians will exercise their choices on acultural criteria.

Whether ‘Indian’ music is being played on board a flight is unlikely to be one of them.