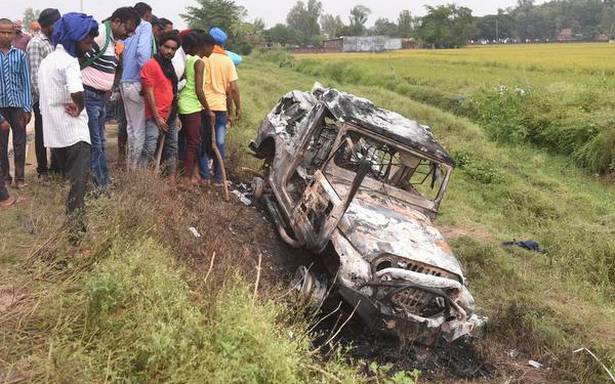 With four farmers being run over by SUVs that were part of a convoy of vehicles involving Minister of State for Home Ajay Mishra on October 3 in Lakhimpur Kheri, and four others dying in the violence that followed, western Uttar Pradesh is waiting and watching to see what’s happening next.

The matter has reached the Supreme Court.  Farmer leader Rakesh Tikait brokered a deal that allowed for the cremation of the bodies and compensation to be paid. After detaining Congress leader Priyanka Gandhi, the Adityanath government finally allowed her and brother Rahul Gandhi to visit the families of the dead.

In this podcast, we did into what exactly happened in Lakhimpur Kheri on that fateful day.

Guests: Omar Rashid, The Hindu’s correspondent in Lucknow; Priscilla Jebaraj covers agriculture or The Hindu and has extensively reported on the farmers’ agitation from Delhi.