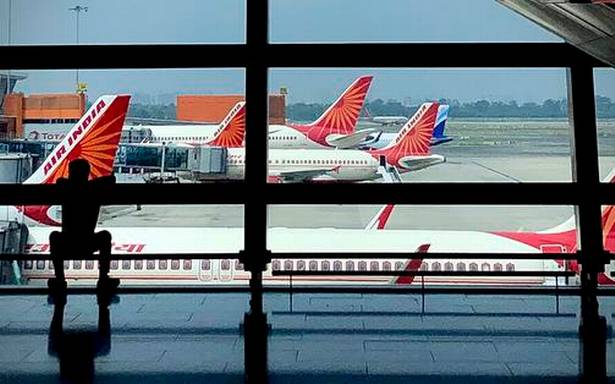 From January 5, flights from the two metros will be allowed to come to the State on Mondays, Wednesdays and Fridays

The West Bengal Government will now allow flights from New Delhi and Mumbai, the two cities witnessing a huge surge in Covid-19 cases, thrice a week instead of twice as was decided a couple of days ago , a senior official said on Tuesday.

From January 5, flights from the two metros will be allowed to come to the State on Mondays, Wednesdays and Fridays, he said.

A communication from State Home Secretary B.P. Gopalika was sent to Secretary of the Ministry of Civil Aviation Rajiv Bansal on Tuesday, the official told PTI.

"… this is to kindly inform that the matter was reviewed and that the state government is extremely sensitive towards the inconvenience that may be caused to the passengers but restrictions are absolutely essential for containment of COVID cases in the State," Mr. Gopalika wrote to Bansal.

"However, the incoming domestic flights from Mumbai and Delhi will be allowed thrice a week on Monday, Wednesday and Friday with effect from January 5, 2022 and the same will be reviewed again shortly depending upon the COVID situation in the State," the letter read.

On Sunday, Chief Secretary H.K. Dwivedi had announced that as a part of the restrictions imposed in the State, flights from the two metros would be allowed only on Mondays and Fridays.

The State has also banned direct flights from the U.K. in the wake of the surge of Omicron variant of Covid-19 in that country.