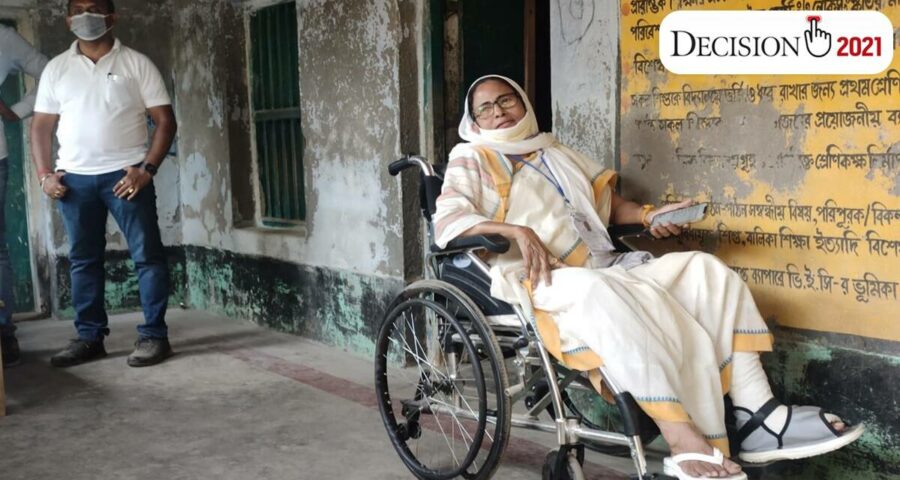 The TMC leadership, which has sought re-polling in booth number 7 at Boyal, also claimed that party activists were beaten up by BJP supporters. 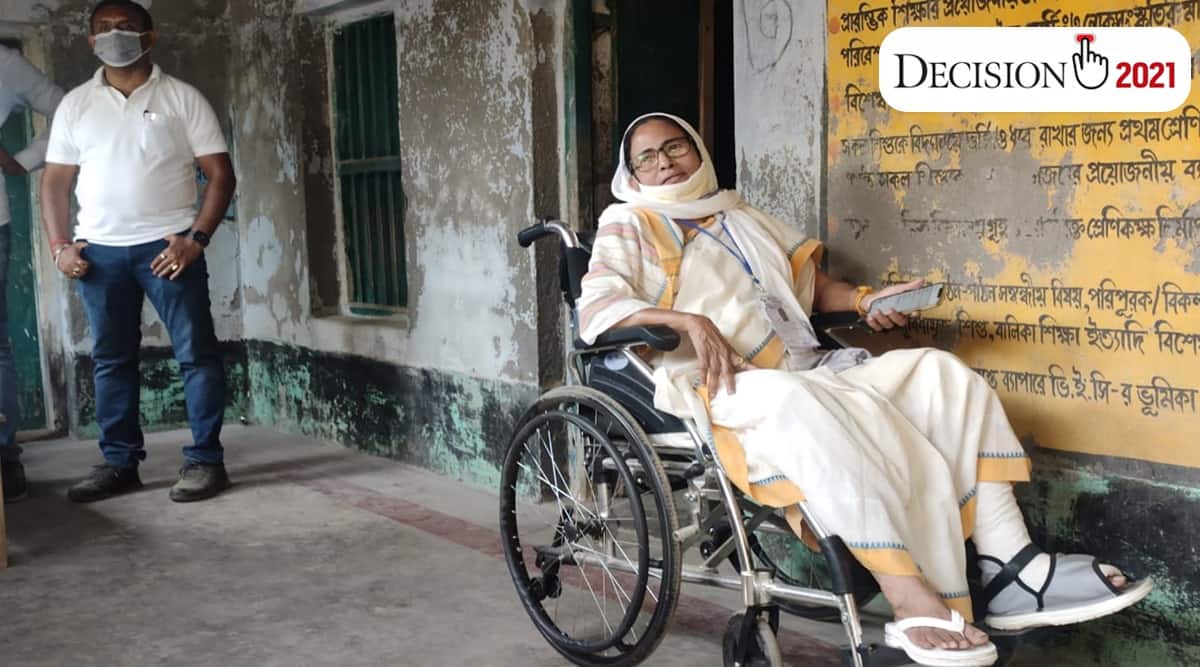 Amid incidents of stray violence in the high profile Nandigram constituency, West Bengal Chief Minister Mamata Banerjee on Thursday slammed the Election Commission for “inaction” despite her party lodging several poll-related complaints and threatened to move the courts over it.

“We have lodged 63 complaints since morning. But no action has been taken. We will move court over it. This is unacceptable,” the Chief Minister said while sitting on a wheelchair outside booth 7 in Boyal in Nandigram. “The EC is working on the instructions of Amit Shah,” she alleged.

Banerjee is pitted against her former lieutenant Suvendu Adhikari, who has crossed over to the BJP for the prestigious Nandigram constituency.

The TMC leadership, which has sought re-polling in booth number 7 at Boyal, also claimed that party activists were beaten up by BJP supporters. Adhikari denied the allegations levelled by the TMC and claimed the ruling party has lost it sensing defeat.

Earlier, as Banerjee reached Boyal, BJP supporters shouted “Jai Shri Ram” slogans. A huge police contingent was rushed to the spot to control the situation after which the crowd was dispersed.