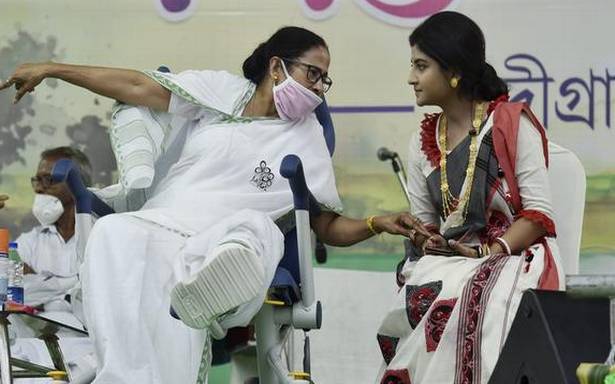 Calling the Election Commission (EC) order relaxing the rules for the appointment of polling agents “arbitrary, motivated and biased”, the Trinamool Congress (TMC) has written to the Commission, urging them to withdraw the order.

However, the provision was amended recently to allow an elector from any part of an Assembly constituency to be appointed as a polling agent.

The TMC has claimed that this change was brought about by the EC on directions from the Bharatiya Janata Party (BJP).

The TMC has also released an alleged conversation between BJP leader Mukul Roy and another BJP functionary, where the TMC claims that this was discussed. The TMC said that no other party was consulted.

The EC, TMC claims, changed the rule based on inputs and for the convenience of the candidates. “Such reasoning is not only ambiguous in nature but also leads us to a conclusion that it has been implemented to help certain political parties, namely the Bharatiya Janata Party (BJP), due to them not possessing the strength to muster enough polling agents,” the TMC alleged in a letter to the EC dated March 26. The party released the letter on Sunday.

It claimed that the new instructions were made with a “mala fide intention to benefit the candidates of Bharatiya Janata Party”.

“Such instruction passed by the Election Commission of India just before the scheduled date of election to take place in West Bengal is arbitrary, motivated and biased,” it alleged, and urged the EC to withdraw the direction and restore the earlier rule.

A TMC delegation led by MP Sudip Bandyopadhyay had on Saturday raised the issue at a meeting with Chief Electoral Officer Aariz Aftab in Kolkata.