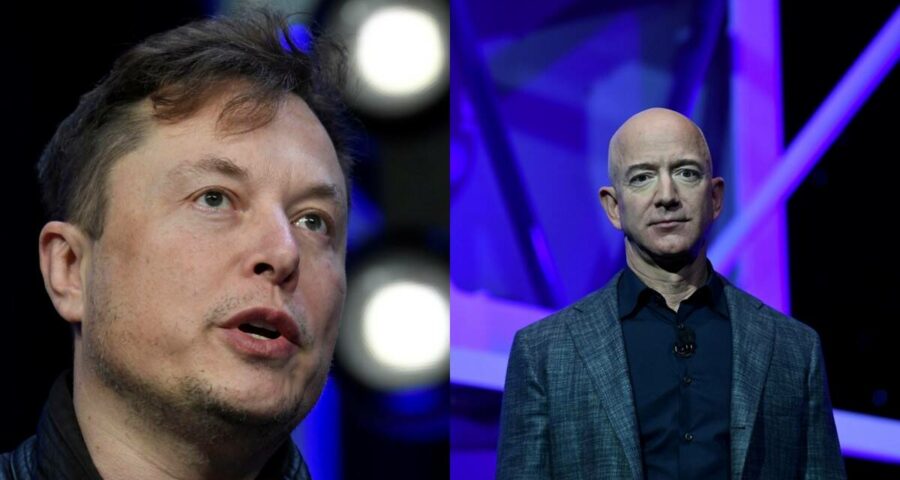 Administration officials said on Tuesday that federal authorities were investigating the disclosure of private tax information, which can constitute a criminal offense. 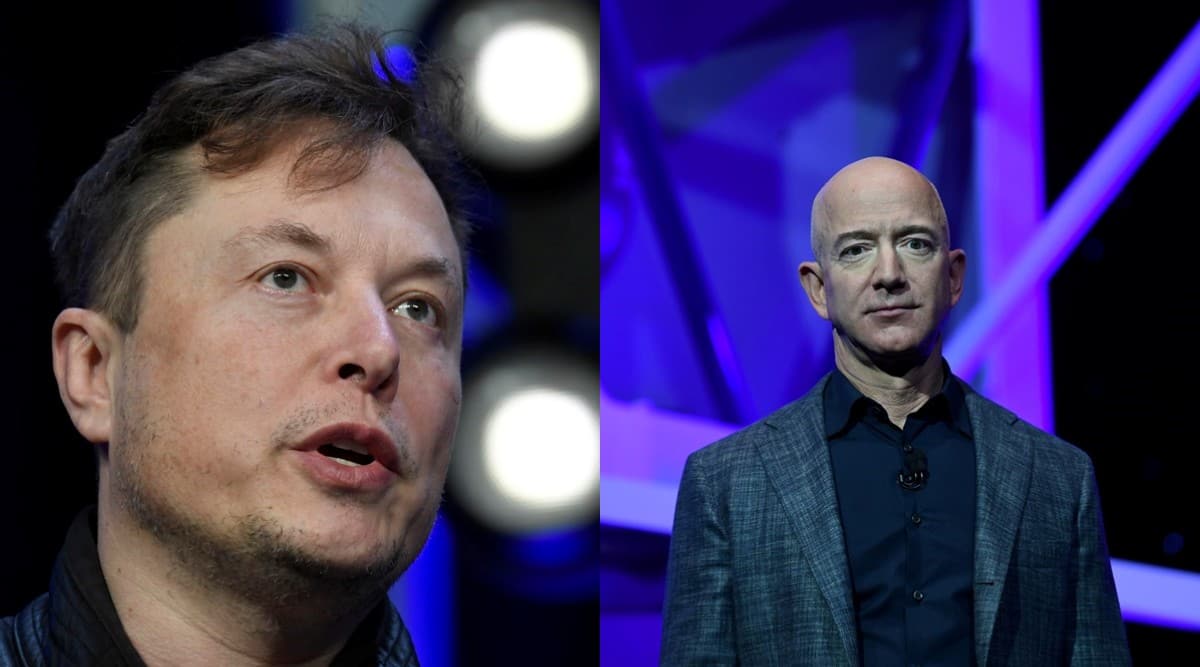 The 25 richest Americans, including Jeff Bezos, Michael Bloomberg and Elon Musk, paid relatively little — and sometimes nothing — in federal income taxes from 2014 to 2018, according to an analysis from the news organization ProPublica that was based on a trove of Internal Revenue Service tax data.

The analysis showed that the nation’s richest executives paid just a fraction of their wealth in taxes — $13.6 billion in federal income taxes during a time period when their collective net worth increased by $401 billion, according to a tabulation by Forbes.

The documents reveal the stark inequity in the American tax system, as plutocrats like Bezos, Bloomberg, Warren Buffett, Musk and George Soros were able to benefit from a complex web of loopholes in the tax code and the fact that the United States puts its emphasis on taxing labor income versus wealth. Much of the wealth that the rich accrue — like shares in companies they run, vacation homes, yachts and other investments — is not considered “taxable income” unless those assets are sold and a gain is realized. Even then, there are loopholes in the tax code that can limit or erase all tax liability.

Administration officials said on Tuesday that federal authorities were investigating the disclosure of private tax information, which can constitute a criminal offense.

“Any unauthorized disclosure of confidential information by a person with access is illegal,” Jen Psaki, the White House press secretary, said at a briefing. “We take this very seriously.”

The rare window into the tactics of the nation’s top billionaires comes as President Joe Biden is trying to overhaul the tax code so that corporations and the rich pay more. Biden has proposed raising the top marginal income tax rate to 39.6% from 37%, which would reverse the reduction ushered in by President Donald Trump’s 2017 tax cuts.

The documents and the conclusions of the analysis could renew calls for Biden to consider a wealth tax, given that a higher marginal tax rate would do little to raise the tax bills of the 25 richest Americans. From 2014 to 2018, the 25 wealthiest Americans paid an average of 15.8%, or $13.6 billion, in personal federal income taxes.

Chuck Marr, senior director of federal tax policy at the Center on Budget and Policy Priorities, said the private tax data highlighted the relatively modest approach that Biden is proposing given the extent to which the tax code rewards wealth and punishes labor.

“Some of the solutions are often cast as aggressive,” Marr said. “What’s really radical is the current circumstance.”

Lawmakers like Sen. Elizabeth Warren, D-Mass., have championed the idea of placing a 2% tax on an individual’s net worth above $50 million — including the value of stocks, houses, boats and anything else a person owns, after subtracting any debts. In an interview on Tuesday, Warren called the tax revelations “deeply shocking” and said it reinforced the fact that lawmakers should be thinking about wealth over income when writing tax policy.

“Increasing the personal income tax rate by 2% or 10% is not going to make any real difference to these multibillionaires,” Warren said. “The real action in America is on wealth, not income.”

Although she praised some of Biden’s proposals such as increasing taxes on capital gains and targeting “real” corporate profits, Warren said that she would like to see the White House be more ambitious.

“I want to see the Biden administration push harder on the wealth taxes,” Warren said.

Biden and his advisers have deemed the idea of a wealth tax unworkable. Instead, the president wants an extra $80 billion over a 10-year period to beef up the Internal Revenue Service so it is better equipped to go after tax cheats. And he has proposed doubling the tax on capital gains — the proceeds of selling an asset like a stock or a boat — for people earning more than $1 million.

“We know that there is more to be done to ensure that corporations, individuals who are at the highest income, are paying more of their fair share,” Psaki said.

At a New York Times DealBook event in February, Treasury Secretary Janet Yellen said that a wealth tax was “something that has very difficult implementation problems.” She suggested that other tax changes that would increase taxes on wealth that is transferred at death could have a similar effect. In March, however, Yellen suggested that she remained open minded about a wealth tax.

ProPublica did not reveal how it obtained the information, and it could not be independently verified by The New York Times. But the publication said the documents were provided “in raw form, with no conditions or conclusions.”

“Every person whose tax information is described in this story was asked to comment,” ProPublica said, adding that those who responded “all said they had paid the taxes they owed.”

In a separate editors’ note, the outlet said it was publishing the information “quite selectively and carefully — because we believe it serves the public interest in fundamental ways, allowing readers to see patterns that were until now hidden.”

The report highlights the techniques that the wealthy often use to reduce their tax bills, including taking advantage of a complex web of loopholes and deductions that are perfectly legal and can significantly minimize tax liability. That includes borrowing huge sums of money backed by enormous stock holdings. Loans are not taxed, and the interest that the executives pay on the borrowed money can often be deducted from their tax bills.

In 2007, Bezos, the chief executive of Amazon, paid nothing in federal income taxes even as his company’s stock price doubled. Four years later, as his wealth swelled to $18 billion, Bezos reported losses and received a tax credit of $4,000 for his children, according to ProPublica. An Amazon spokesman did not immediately respond to a request for comment.

Buffett, the chief executive of Berkshire Hathaway who has long said publicly that the tax code should hit the rich harder, paid just $23.7 million in taxes from 2014 to 2018, as his wealth rose by $24.3 billion.

In a statement to ProPublica, Buffett said he expected that 99.5% of his wealth would go toward taxes and charity upon his death, adding, “I continue to believe that the tax code should be changed substantially.”

Soros, the billionaire philanthropist and investor, paid no federal income tax for three consecutive years, according to the report. A spokesman for Soros told ProPublica that “between 2016 and 2018, George Soros lost money on his investments, therefore he did not owe federal income taxes in those years.”

In 2018, Bloomberg, who controls the media giant Bloomberg LP, reported income of $1.9 billion and paid $70.7 million in income tax. According to the report, Bloomberg was able to reduce his tax bill through deductions, charitable donations and “credits for having paid foreign taxes.”

A spokesman for Bloomberg, in a statement to ProPublica, said they would “use all legal means at our disposal to determine which individual or government entity leaked these and ensure that they are held responsible.”

The Treasury Department said that the federal government was working to determine how the tax records were released.

“The unauthorized disclosure of confidential government information is illegal,” Lily Adams, a Treasury spokeswoman, said. “The matter is being referred to the Office of the Inspector General, Treasury Inspector General for Tax Administration, Federal Bureau of Investigation, and the U.S. attorney’s office for the District of Columbia, all of whom have independent authority to investigate.”

A Justice Department spokesman referred an inquiry about an investigation to the FBI, which referred the matter to the IRS.

At a Senate Finance Committee hearing where he was testifying on Tuesday, Charles Rettig, the IRS commissioner, said that the apparent breach at his agency was being scrutinized.

“I can confirm that there is an investigation with respect to the allegations that the source of the information in that article came from the Internal Revenue Service,” Rettig said. “The investigators will investigate.”

Sen. Ron Wyden of Oregon, the chairman of the finance committee, told Rettig that he was concerned about the security of taxpayer data. He also emphasized that the disclosures made clear that the tax code needed to be rewritten.

“What this data reveals is that the country’s wealthiest, who profited immensely during the pandemic, have not been paying their fair share,” Wyden said, adding that he has proposals to fix that disparity.

After the hearing, Wyden declined to offer specifics about his plan, but emphasized his concern about unfairness in the tax code.

“The people I represent are doing work, like treating COVID patients, they’re paying taxes with every paycheck,” Wyden said. “The country’s wealthiest, including during the pandemic, profited handsomely and then do not pay their fair share because they have figured out with good lawyers and accountants how to defer and delay and postpone and almost do it in perpetuity.”

Some Republicans downplayed the idea that the wealthy don’t pay enough in taxes and instead used the disclosures to raise questions about the trustworthiness of the IRS.

Sen. Patrick Toomey, R-Pa., said on Tuesday that while it was problematic if some of the wealthiest Americans paid no income taxes, he thought that top earners were paying their fair share overall. He pointed to data that shows the top 10% of American earners make about half of all the income earned in America and pay 70% of all the income taxes.

“Are there individual exceptions? I’m sure there are. We should see if there are loopholes that are perpetuating that, but we have a very, very progressive tax code.”

Sen. Mike Crapo of Idaho, the top Republican on the committee, said that the disclosures added to his concern about a Biden administration proposal to give the IRS more access to the financial information of taxpayers. He suggested that the agency could not be trusted to keep the data secure.