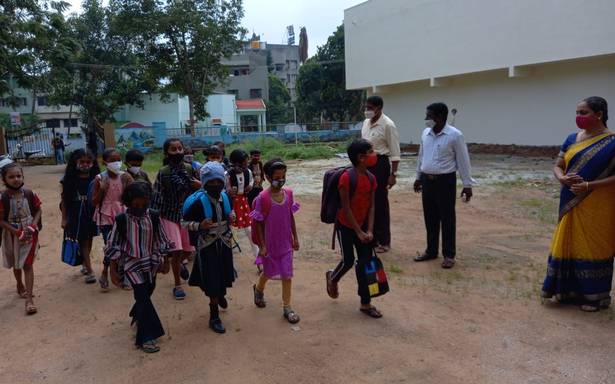 After 19 months, lower primary classes reopened on October 25. While government and aided schools welcomed students in standards I to V back to the classroom, many private schools have decided to defer the reopening after Deepavali.

The resumption of physical classes has come as a huge relief to a majority of parents, especially those who had enrolled their children in government and aided schools that did not have the infrastructure to conduct online classes.

Principals of private schools that have delayed the resumption of offline classes said they would do so only after taking consent from all parents.

B.R. Supreet, secretary, Oxford School, Nagarbhavi, said although they had initially planned to reopen lower primary classes on Monday, they decided to start these classes on November 8. “We had asked for consent letters from parents who requested us to reopen after Deepavali,” he said.

Many school managements said it would be difficult for them to run both offline and online classes.