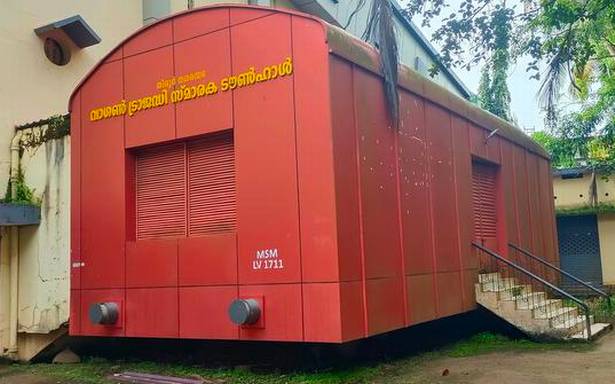 Victims could be identified as ‘martyrs, but not freedom fighters’: ICHR sources

Close on the heels of the Indian Council for Historical Research (ICHR) suggesting the exclusion of some leaders of the 1921 Malabar rebellion from the compendium on martyrs of India’s Freedom Struggle, the council has mooted the removal of Wagon Tragedy victims as well from the list.

The three-member review panel of the ICHR is understood to have proposed the removal of the names, including four Hindus, from the 5th volume of the Dictionary of Martyrs of India’s Freedom Struggle (1857-1947).

While majority of the dead were Muslims, Kunnapalli Achuthan Nayar, Meletath Sankaran Nayar, two tenant-cultivators, and Kizhakkilaapalathil Tatan Unnipurayan and Cholakarambayil Chetti Chipu, two ‘coolies,’ were the Hindus among the victims.

The dictionary edition that is being reviewed had noted that the Wagon Tragedy victims were “taken into custody in connection with the Malabar rebellion of 1921 against the combination of the British colonial authorities and the exploitative Jenmis,” and “transported to Podanur Central Prison, near Coimbatore, from Tirur, in an almost air-tight railway goods wagon on 19 November 1921.”

As many as 56 persons were found dead due to suffocation, when the condition of the captives was checked at Podanur. Six prisoners died en route to hospital and eight in the hospital, it was noted.

The ICHR sources felt that the victims could very well be identified as “martyrs but not freedom fighters.” They did not qualify to be included in the dictionary on martyrs of Indian Freedom Struggle. The police records and other historical documents proved that the victims were booked for rioting and forceful religious conversions among other charges, they said.

While reviewing the entries, the panel looked into the cause of the agitation and the events that led to the tragedy. The protesters never addressed the issues of nationality or national freedom but fought for establishing a Caliphate. The “Khilafat” agitation had turned violent, ignoring the appeal of the national leaders of the freedom movement for peaceful protests, they said.

The Wagon Tragedy had left a deep impact in the socio-political history of the Malabar region. The Tirur municipality had named its town hall after the victims and a replica of the wagon was set up there.