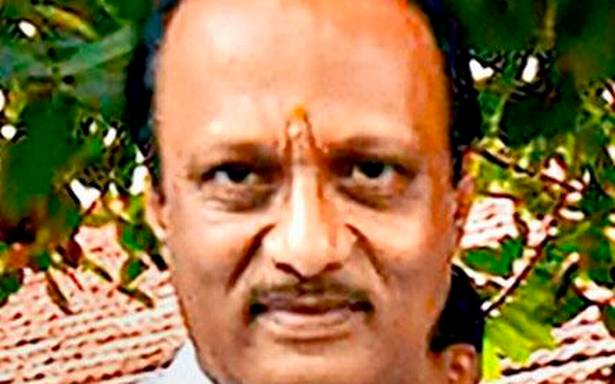 If COVID-19 norms are violated during Ganesh Chaturthi, then the Maharashtra government will immediately impose fresh restrictions, Deputy Chief Minister Ajit Pawar said on Friday. He added that the government had no plans on imposing curbs ahead of the festival.

Mr. Pawar, who is also the Guardian Minister of Pune, expressed concern over people letting their guard down in the district’s rural areas, which has been reporting 550 to 600 cases daily. The 10-day festival will begin on September 10 and is likely to remain a muted affair.

“While we have discussed imposing restrictions, no such measure will be taken as the big pandals have assured us that celebrations will be muted. Pune has a tradition of people watching spectacles late into night. In case we find a lot of overcrowding, then based on the first day’s estimate, we will take stern measures on the second day itself. I urge citizens not to bring this situation on themselves,” he said.

Mr. Pawar hit out at the campaigns launched by the Opposition Bharatiya Janata Party (BJP) and the Maharashtra Navnirman Sena to reopen temples in the State. He said BJP leaders ought to be informed about what their own government at the Centre has directed the State about celebrating festivals.

“We are only following the Centre’s directives which have urged caution during dahi handi and Ganesh Chaturthi to avoid a surge in infections. There’s no need for anyone to protest for the reopening of religious places because the State government will do it on a priority basis at the right time,” he said.

Admitting that the case positivity rate was on the higher side in the district’s rural areas, Mr. Pawar said the Pune administration attributed it to greater testing. “Unfortunately, people, too, are becoming lax. They don’t wear masks or follow physical distancing, and they have assumed that everything is over. This has led to a rise in infections,” he said.

Mr. Pawar said any sport which causes crowding like swimming pools will not be opened. “One cannot swim with masks on. Once masks are removed, the picture changes drastically and cases rise. While we have been liberal thus far with relaxations, these will be lifted in the event of a major spike,” he said. Mr. Pawar urged citizens not to put the State government in a position where it would be compelled to shut down everything in the event of a third wave.