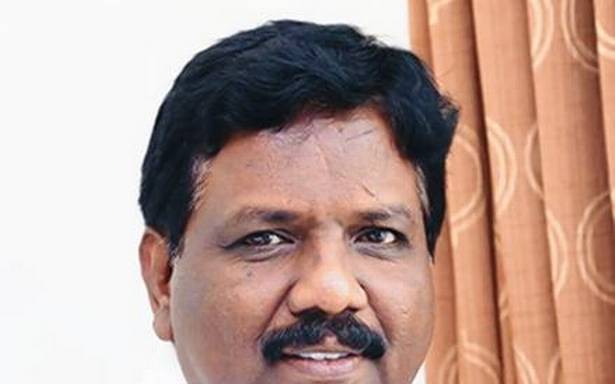 Erode MP Ganesamoorthy, too, had claimed to have relieved himself from MDMK

In a counter affidavit, Mr. Ravikumar said: “The petitioner has… made averments on false assumption that a candidate of VCK has been wrongly elected as a candidate of DMK. It is factually incorrect. I am a member of DMK party and my name is borne on the rolls of the DMK party on the date of filing nomination by me on March 25, 2019.”

He went on to state that the PIL petitioner, M.L. Ravi of Desiya Makkal Sakthi Katchi, ought to have filed only an election petition if he had any grievance regarding the nomination, and not a writ petition “by assuming and presuming that there is occurrence of misuse of law, illegality, fraud and cheating committed in the general election of 2019.”

The PIL petition was filed in 2019 and the litigant wanted the results of the poll in as many as five Parliamentary constituencies to be declared illegal on the ground that five members of different political parties had contested there on reserved election symbols belonging to the DMK and the AIADMK, the two principal parties in the State.

During admission, the court ordered notices to the Election Commission as well as the DMK and the AIADMK. Notices were also ordered to Perambalur MP T.R. Paarivendhar, Namakkal MP A.K.P. Chinnaraj, Mr. Ganesamoorthy, Mr. Ravikumar (all four had contested on the DMK symbol) and Puthiya Tamilagam leader K. Krishnasamy, who contested on the AIADMK’s symbol in Tenkasi (reserved) constituency but lost the election.

Mr. Ganesamoorthy was the first to file a counter affidavit in November 2019. Then, he claimed to have relieved himself of the membership of the MDMK and become a member of the DMK before contesting the Parliamentary election. Therefore, he could not be accused of having contested the poll under a symbol belonging to another political party, his affidavit read.

Now, in his counter affidavit, Mr. Ravikumar too took a similar stand and contended that if the litigant was of the view that the four MPs and the candidate who lost were criminally liable, then such an issue could be decided only after conducting a thorough trial on examination and cross-examination of witnesses, which could not be done under the writ jurisdiction.