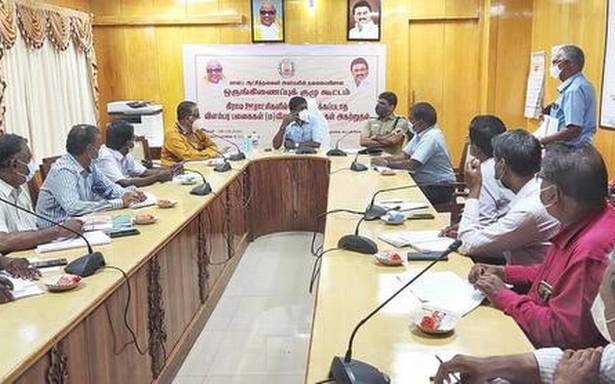 All unauthorised hoardings, cutouts and flex boards must be removed by September 20, the Collector said at a meeting

The District Administration has ordered the removal of all unauthorised banners, hoardings, flexi boards and cutouts that have cropped up in several places across the district, by September 20.

Chairing a meeting at the Collectorate here, District Collector D. Mohan ordered officials of urban and rural local bodies to start identifying all sorts of advertisements including unauthorised banners, political hoardings, cutouts and flex boards erected for family functions and remove them.

The Collector also asked the Municipalities and Town panchayats to submit a daily report to the District Revenue Officer, explaining the steps taken for removal of all unauthorised hoardings. The village panchayats should submit a daily report to the Project Director of District Rural Development Agency (DRDA), he said adding that the police department would initiate stringent action against violators.