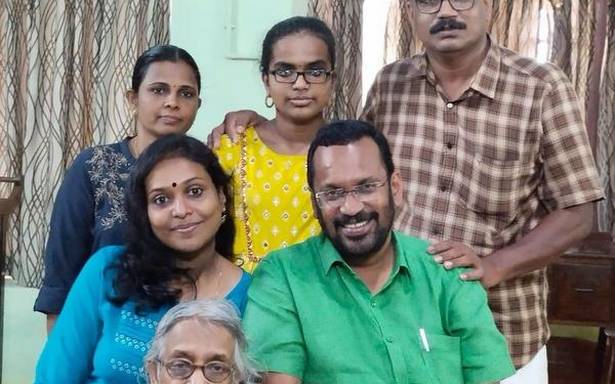 Revenue Minister says he will follow a bottom-up development approach

Transforming village offices, the common man’s connecting point to the Revenue Department, is at the top of the priority list of Kerala’s new Revenue Minister K. Rajan.

Listing his plans for the next five years during an interview with The Hindu, Mr. Rajan said, “Every person above the age of 18 will have to visit a village office at least once in his life. But an array of issues await him/her at the village offices which still function with primitive facilities. Documents go missing, issue of certificates gets delayed and there are allegations of corruption too.”

“Strengthening of the Revenue Department should start from the village offices. We need a bottom-up development approach. It includes creating a people-friendly system with e-office, front office and other basic changes. This is necessary to connect the Revenue Department with the people,” said the Minister, who has been in the forefront of many people’s struggles in the past.

The fundamental goal of the Left Democratic Front (LDF) government is to ensure land for each and every family in the State. Nobody should remain landless. We need to speed up distribution of title deeds, he said.

“A time-bound plan will be ready soon to distribute maximum number of title deeds in the coming five years.”

Providing documents for land is equally important as distribution of land, Mr. Rajan, who was the Chief Whip in the first Pinarayi Vijayan government, said.

“We have started the re-survey process 54 years ago. But we could complete only 54% of the work till now. The process will be speeded up using digital survey methods. The plan is to complete the work in three years.”

Declaring a fight against encroachments, the Revenue Minister said his department would not give up even an inch of government land. All possible methods would be used to clear encroachments.

Explaining his policy on rehabilitation and compensation for people who lost their house and land for development works, Mr. Rajan said, “We think about sustainable development by protecting Nature and the people. We can not ignore the grievances of people whose land is acquired for development projects.”

“A compensation package will be chalked out after a detailed study. It is also important to look at whether the acquired land was used for the project.”

On illegal quarries, Mr. Rajan, who was in the forefront of many agitations for environmental protection as a leader of the All India Student Federation and All India Youth Federation, said such quarries not only violated the rule of the land but also looting the natural resources.

In the wake of the COVID-19 pandemic along with rain-related calamities, the Revenue Department is facing a huge challenge to coordinate relief works.

“The department has chalked out a plan on the basis of red zones identified after the 2018 floods. An ABC programme is in place. One is for COVID-19 patients, second for those in quarantine and the third for others.”

He said ‘Aswas,’ a project to construct a resting centre for caregivers of patients in government medical college hospitals, would start soon. The project that was announced in the previous Budget would be implemented in the Thrissur and Alappuzha Government Medical College Hospitals in the first phase.

On the work on the NH 544 and Kuthiran twin tunnels, he said the Chief Minister would convene a meeting soon to put pressure on the Union government to speed up the work. “It is for the Centre to take action against the contract company which has violated all norms of the contract and breached the contract period multiple times,” Mr. Rajan, who was the face of the national highway agitation as the MLA of the Ollur constituency, said. He alleged that the National Highways Authority of India had been colluding with the contact company.