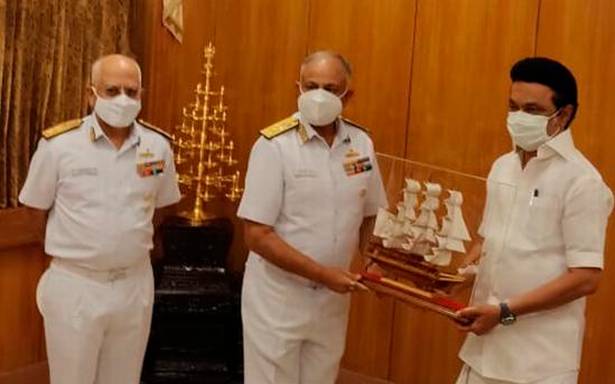 During the separate meetings, he briefed the Governor and the Chief Minister on the maritime security challenges, especially on the eastern seaboard and the Tamil Nadu coast.

The Vice-Admiral highlighted major forthcoming projects and infrastructure being planned by the Navy in Tamil Nadu.

He also highlighted activities being conducted and planned by the Navy towards Swarnim Vijay Varsh and Azadi Ka Amrit Mahotsav, a press release said.