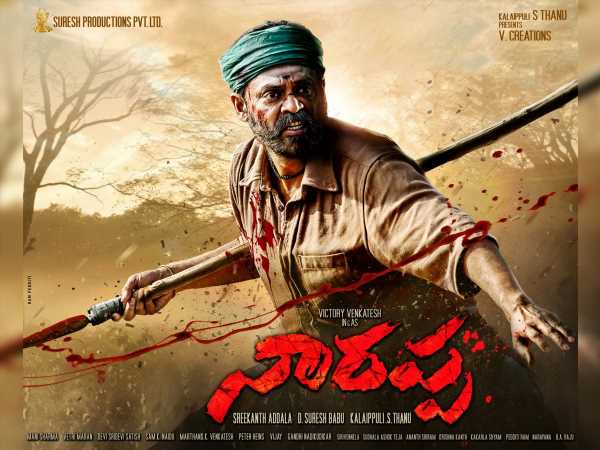 Venkatesh Daggubati is playing the lead role in an upcoming Telugu film Naarappa which is a remake of Tamil blockbuster Asuran,  that  was directed by Vetri Maaran.  Today on the occasion of Sankranthi, the makers of Naarappa released a new poster. The story of Naarappa, is set in Ananthapuram. Rumors are rife that  Venkatesh starrer is loosely based on the Karamchedu massacre that took place in  the year 1985. During the incident, dalits and Kammas landlords were involved in a tussle that resulted in the death of six dalits.

The latest picture of Naarappa hints that the family of Naarappa is on a vacation. The poster features Venkatesh  Daggubati and National award-winning actress Priyamani  and their kids. Karthik Ratnam of C/O Kancharapalem is essaying the role of  Venkatesh’s elder son in the movie.

The revenge based drama Naarappa is being helmed by Srikanth Addala of Kotha Bangaru Lokam fame and is jointly bankrolled by Kalaipuli S Thanu and Suresh Babu.

The Tamil film Asuran starring Dhanush followed the story of a man who is on the run with his kid as the latter has killed a wealthy man belonging to a different community.  It was one of the best films of 2019.