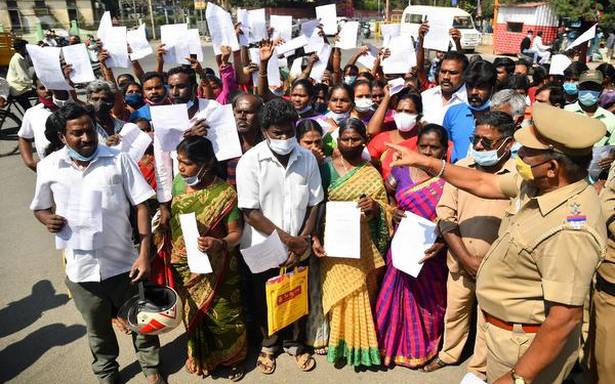 With the State Highways Department serving notices on street vendors in Yercaud asking them to remove their shops, over 150 vendors came to the Collectorate urging the district administration to permit them to run their shops.

In their petition, the vendors said that they have been running their shops for over 15 years at Ondikadai and are dependent on tourism for their livelihood. Most of them sell snacks and other items on pushcarts along the road near the Boat House and other tourist spots in the hilltop. Notices were served asking them to remove the shops failing which the department would initiate action, they said.

Vendors said that law permitted them to run their shops along the road. They said that removing them was not only illegal, but would also affect their livelihood. They urged the administration not to remove their shops and allow them to continue their business at the current spot.