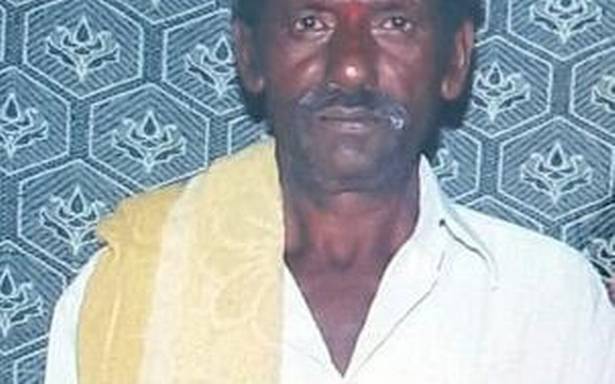 He prepared pier with wood from his demolished house

In a shocking incident, Tutukuri Mallareddy (70), an oustee of Vemulaghat village in Toguta mandal, committed suicide by self immolation. He reportedly prepared the pier with the wood that was collected from his demolished house. The incident took place in the wee hours of Friday.

Knowing about the incident heavy police force was mobilised in the village to prevent any untoward incident. Media people were also not allowed into the village.

This is one of the villages that would be submerged under Mallannasagar. He reportedly took the extreme step as he was denied allotment of house under Rehabilitation and Resettlement (R&R) package.

According to sources, Mallareddy was resident of Vemulaghat and was having wife and three daughters. His elder daughter and son-in-law passed away long ago. His wife died of cancer about nine months ago. His second son-in-law died of Coronavirus about a month ago.

Though Mallareddy was paid R&R package along with others, officials reportedly denied sanctioning house to him as he was single.

Mallareddy thought of giving the house to his third daughter and son-in-law who had served him and his wife during difficult times.

“Mallareddy was worried over denial of house to him. He had repeatedly told this to several villagers. On Thursday, he had collected the wood from his house demolished by officials. We thought that he was collecting it to sell. But he prepared the pier and immolated himself,” Y. Srinivas Reddy, a villager of Vemulaghat told The Hindu.

However, Revenue Divisional Officer (RDO) K. Anantha Reddy, in a recorded video, said the allegations being levelled by villagers were not right and Mallareddy was allotted house number 848 in the R&R Colony and he was also paid package. This was confirmed by Tirupathi Reddy, grandson of Mallareddy in another video-recorded statement.

Mr. Anantha Reddy urged the oustees not to take any extreme step as the authorities, including Collector, were ready to address their problems.

Dubbak MLA M. Raghunandan Rao visited the family of Mallareddy at the government hospital and consoled them. “Officials are demolishing houses. But they should think what forced Mallareddy to take the extreme step. A farmer preparing pier himself and immolating himself is a shame on administration. At least now the district authorities should respond with human face,” said Mr. Raghunandan Rao adding that some oustees were still there at Vemulaghat, Etigaddakishtapur and Pallepahad.