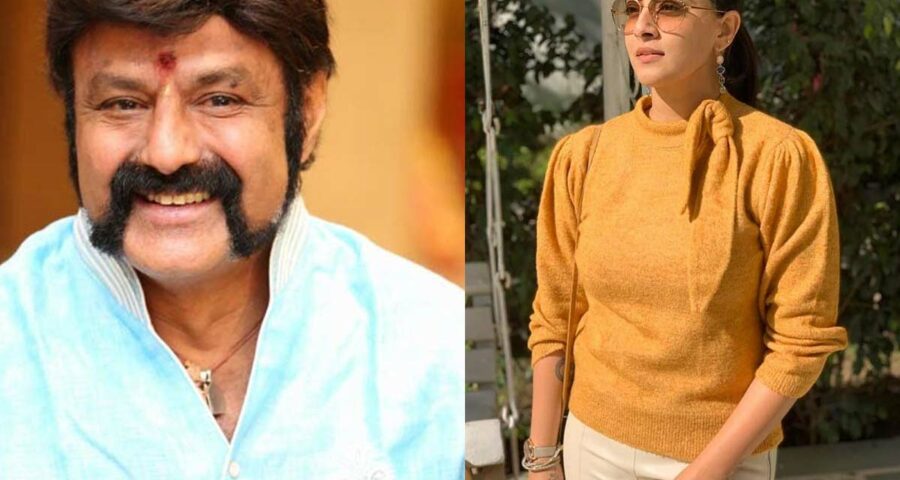 If ongoing buzz in the media and the film industry are to be believed, Varalaxmi Sarathkumar will be seen working with none other than Nandamuri Balakrishna in an upcoming drama which will be helmed by Anil Ravipudi of Pataas and F2 fame. Varalaxmi Sarathkumar has already won the hearts of the Telugu movie Lovers with her performance in Allari Naresh starrer Naandhi, where she essayed the role of a lawyer and now she is all set to sign her next  film in Tollywood.

The reports are coming that  Varalaxmi Sarathkumar  bagged a golden opportunity to act alongside Nandamuri Balakrishna.   Balayya Babu is currently working for Akhanda under the direction of Boyapati Srinu and after wrapping up the shoot of this actioner, he will team up with Anil Ravipudi for a film.

It is said that Anil Ravipudi will join forces with  Lion star after completing F3. The Nandamuri hero Balakrishna might bankroll the project under his production house, NBK films.

The official announcement regarding this project of Anil and Balakrishna  is expected to be made on 10th January on the occasion of actor’ birthday.   Meanwhile Anil Ravipudi is working for his upcoming directorial venture F3 starring Venkatesh Daggubati, Varun Tej, Mehreen Pirzada and Tamannah Bhatia.