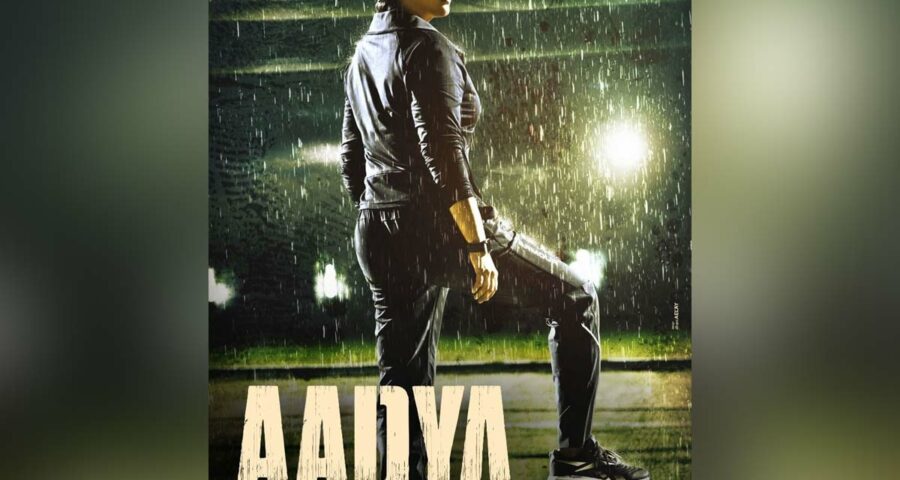 Tamil actress Varalaxmi Sarathkumar is celebrating  her 38th birthday on Saturday. Born to actor R Sarathkumar and his first wife Chaya on 5th March, she made her debut with the Tamil film ‘Podaa Podi’  which was released in 2012. In Tollywood, she is best known for acting in Krack and Naandhi. Today on the occasion of Varalakshi Sarathkumar, the makers of her upcoming film made an official announcement regarding her next project titled Aadya and also released  the first look poster of the actress.

Coming on the first look poster of Aadya,  Varalaxmi Sarathkumar is seen putting her leg on a ball on the field on a rainy night. She looks intense and powerful. Apart from her, the upcoming film Aadya also has Hebah Patel and Ashish Gandhi  in the important roles.

The movie Aadya which also has  Vishwa Karthik, Kannada Kishore, Amitha Ranganathan, Raja Ravindra, Surya in the important role, is helmed by M. R. Krishna Mamidala and is  bankrolled P.S.R. Kumar (Babji, Vizag) and S. Rajnikanth under Sri Sai Lakshmi Creations and Wintage Pictures, whereas it is presented by DSK Screen.

Yesterday Kichcha Sudeep also  released the first look poster of Varalaxmi  Sarathkumar from the poster of her upcoming film ‘Hanu Man’, and it has received quite some positive response. In Hanu- Man, Teja Sajja  will be  seen in the lead role.