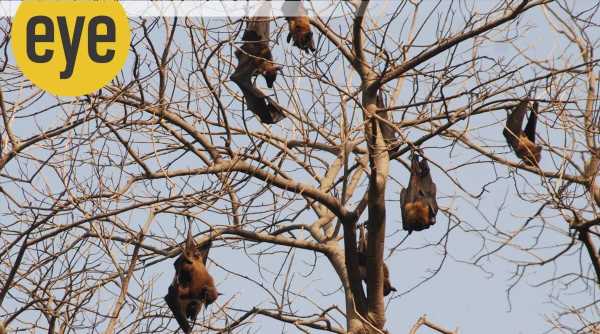 We have vilified bats no end, but Dracula's darlings are technical marvels whose benefits far outweigh their cons At the moment, they are probably the most vilified animal in the world, thanks to their connection with the coronavirus. But hey, let’s remember one thing: Bats did not seek us out with the desire to infect us with the virus. We poked our noses into their business (harvested their number two, which we call guano) and slid our surgical needles into them for “research”. So what can you expect? Ironically, this happened in China, one of the few places in the world where bats were traditionally regarded as harbingers of happiness, joy and good fortune. The Western world long regarded them as malevolent creatures of the night dabbling in witchcraft (remember Macbeth’s three witches’ incantations, “fur of bat”?), death and blood-sucking. Some of the other unpleasant viruses they harbour are rabies, the Nipah virus – which they pass on to us via pigs (and that is doing the rounds in Kerala again), and even Ebola. Worse, they give sanctuary to these horrors without being affected themselves and scientists have been scratching their heads asking why not?

One theory suggests that bats have suppressed their immune system so that it doesn’t freak out when all these lovelies seek sanctuary in their bodies. In return, the virus doesn’t go berserk and only imposes low viral loads upon their host, achieving a diplomatic balance. Scientists suspect low immunity evolved because of the high metabolic demands of flight: A hyper-sensitive immune system could be called upon to take to arms otherwise and cause all sorts of complications. And when your USP is being the only mammal which can truly fly in a sustained manner, you don’t want to muck with it!

Sustained flight has made bats the second most successful family of mammals (after rodents) on the planet, with over 1,400 species living virtually all around the world. Of these, at least 200 are endangered as we hunt (and, sometimes, eat) them en masse, destroy their habitats and conveniently forget that they save us anything from $3.5 to $53 billion (one estimate was $ 23 billion in 2011) through insect predation every year. (These figures probably pertain only to the USA). Add to that the work they do as pollinators – everything from rainforest trees to bananas are pollinated by bats and some plant species are entirely dependent on them for this service; there’s also the value of their droppings – guano — which we use as fertiliser. Worse, US bats are suffering cataclysmic casualties due to the “white nose syndrome” a deadly fungus of which we are the vectors.

The small, swift “flicker-flying” bats are microbats – and most are insectivorous. Others of this clan may dine on pollen, nectar, small mammals, reptiles, fish and even blood, and can fly at 100 kmph. The big (with wingspans up to 1.7 meters), “flying foxes” or megabats are vegans thriving on fruits, flowers, nectar and pollen.

Bats are technical marvels. Their limbs have flexible bones (to assist maneuvers in flight), linked with a thin membrane which provide lift and thrust, and, at the same time, serve as temperature regulators and gas exchangers. Unlike birds, bats can fold their wings on the upstroke, saving up to 35 per cent energy during flight. This fine membrane tears easily – but mends easily too. Bats can also hover like hummingbirds.

While the eyesight of night-flying bats is poor (though they are not blind), they navigate and hunt by sophisticated echolocation. Ultrasonic pulses stream out from the bat’s mouth and nose as it flies, and its highly tuned and sensitive ears pick up the returning echoes, enabling the bat to accurately map its surroundings – and the movements of the prey it is hunting. The slow flying megabats have excellent eyesight. Years ago in Bombay, I used to watch them unhook themselves from the peepul tree and set off like bombers in the twilight for the nearest fruiting target. Often, small pipistrelles used to enter the verandah, fly around rapidly, easily avoiding the whooshing fan blades and vanish into the night. Bats prefer the dark hours, because it is safer – and cooler: overheating can be a major issue with some of them.

They are good communicators, too: at least one gentleman bat (the Mexican free-tailed bat) is known to woo a partner by singing, and calls have been deciphered for arguing over food, space, territory and mates – and even honking!

With their frenetic lifestyles (microbat hearts may beat at 1000 bpm) bats need to eat often more than their own body-weight every day. Microbats, in particular, save 50 to 99 per cent energy by going into torpor, where they drop their body temperatures radically and go into a state of inactivity. Some bats migrate over enormous distances – and use an in-built compass tuned to the Earth’s magnetic field for navigation. Others hibernate. They live in caves, wells, hollows, trees, and even human-made structures. Family life may be single-parent (usually only the mom), communal, and nuclear (mom and dad).

With their furry screwed-up faces, tucked-up noses, big fan-like ears, leathery reptilian wings, bats give most people the willies, though there is a certain charm to their ugliness. Besides, we’ve defamed them – they are Dracula’s darlings after all. Yes, the vampire will take a drink or two from you (or your horse), and waddle off, but we have done so much worse by them. Besides, vampires are known to look after the infirm in their colony by regurgitating a blood meal to them if they are unable to hunt themselves. If Dracula’s darlings can have such tender hearts, where does that leave us?