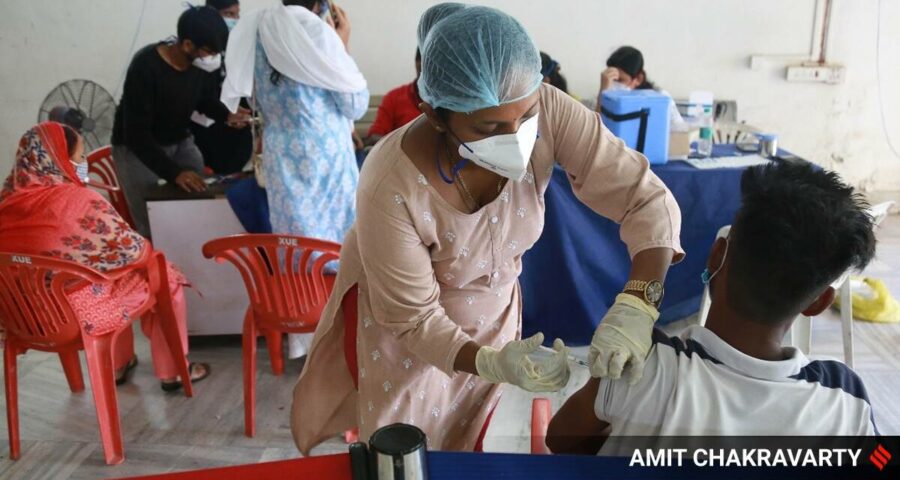 The Centre has done well to revise its vaccination strategy, procure the shots for the state. The focus must now shift to bracing up the healthcare system for possible future crises There is near-total unanimity amongst economists, jurists, politicians, bureaucrats, doctors and epidemiologists that vaccination is the best way to control the pandemic. But there was conflict and confusion between the Centre and state governments on the vaccination strategy. After months of meandering in different directions, finger-pointing and blame-gaming, the paths of the Union government and states have converged. There is consensus on the Centre’s responsibility to procure vaccines. Little can be achieved by bickering about past mistakes, especially when the nation, now, stands assured that a major impediment in reaching the vaccines to all has been removed.

This is the time to collaborate and create consensus; look beyond procurement and focus on delivering and ramping up the healthcare infrastructure. It is an opportunity for India to fast-track its Covid recovery.

The Centre should set up a task force comprising all CMs, the head of the Disaster Management Authority, the Union and state health ministers, epidemiologists, doctors, communication specialists, NGOs, vaccine manufacturers and logistics specialists from the armed forces and industry. This panel should be tasked with equipping the country for future health challenges.

The panel should direct government servants at the state, district, block and village level to frame an action plan to address the healthcare services shortage. The top-down planning, currently in vogue, is not always in tune with reality. Primary Health Centres and Community Health Centres in rural areas need to be strengthened. Even if the third wave doesn’t hit, there is an urgent need to repair our healthcare systems. If the government has to raise additional funds through bonds, it must do so now.

The Centre has done well to take sole responsibility for procuring vaccines and providing these free of cost to the states. This will effectively take away the problem of procurement from the state governments who were ill-equipped for the purpose. This will also remove several uncertainties because the Union government has better systems than most state governments.

While vaccination will ensure that lives will be saved, the government must focus on livelihoods. Several states are unlocking and relaxing business operations as the Covid caseload is dropping; the danger here is that the chain of infections could get revived. One hopes that administrators who are opening up restaurants, bars, malls and offices are alert to this threat. Though we have to learn to live with the virus, we must be aware of its caprices – it could mutate and become less deadly, or it may take an even more virulent form.

The imperative of living with the virus will require an improvement in our healthcare systems. Those who have lost their livelihoods need urgent help. Experts estimate that nearly 100 million jobs were lost during the nationwide lockdown last year. Most were back at work by June 2020, but even by the end of 2020, about 15 million workers remained out of work and incomes remained depressed. For an average household of four members, the monthly per capita income in October 2020 (Rs I4,979) was still below its level in Jan 2020 (Rs I5,989). As a result of the losses on employment and incomes, the labour share of GDP fell by over 5 percentage points to 27 per cent in the second quarter of fiscal 2020-21 from 32.5 per cent in the second quarter of 2019-20. Of the decline in aggregate income, 90 per cent was due to a reduction in earnings, while 10 per cent was due to loss of employment. This means that even though most workers were able to go back to work they had to settle for lower earnings.

To save millions of lives and livelihoods in the rural areas, where the second wave has had the most devastating impact, it is imperative to resolve the issues of the agitating farmers urgently. Agriculture, needless to say, is the mainstay of our economy and the source of survival of nearly 65 per cent of our population consisting of a majority of poor peasants, artisans, landless labourers, daily wagers and other weaker sections of the society.

The Centre should meet the resource gap of the states with the necessary monetary and fiscal measures that are mandated only to a federal government. For example, state governments cannot print money — only the Union government and its agencies such as the RBI have the power to do so.

The NRI community and international philanthropies should be persuaded and incentivised, through tax breaks, to invest in bonds that could be fast-tracked to fund India’s fight against Covid. Several NGOs are funded by NRIs but none of them has the scale that the government possesses; it must work to rebuild trust. Empathetic and coordinated action is the only way forward in tackling Covid.

The havoc wrought by the pandemic has no precedent in the public health history of the last 100 years. The case count, the death count, the piled-up bodies outside and inside crematoriums, the total collapse of the critical elements of India’s healthcare system — manifested in abysmal shortage of hospital beds, liquid oxygen, vaccines, ventilators and medicines – speak of a lack of foresight and planning. To prevent a reoccurrence of this catastrophe, we must stop our governments and administrations from getting sucked into fatalistic negativity. At the same time, we must also be vigilant against complacency. We need our administrators to be calm, empathetic and start coordinating and cooperating with all stakeholders