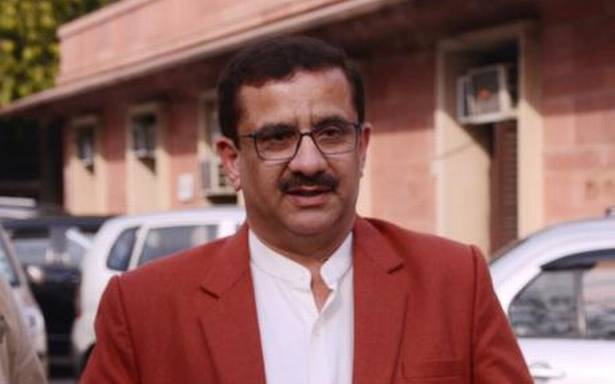 Statements called for violence against Muslims

A day after videos of Hindutva leader Yati Narsinghanand calling on Hindu youth to become “Prabhakaran” and “Bhindranwale” went viral, the Uttarakhand Police on Thursday filed an FIR against “Wasim Rizvi alias Jitendra Narayan Tyagi” and others involved.

Ashok Kumar, DGP, said the police had received a complaint and filed an FIR under Section 153A of the IPC (promoting enmity between different groups on grounds of religion) related to the statements made at the recent Dharam Sansad event in Haridwar. The accused named in the FIR, Wasim Rizvi, was a former chairman of the Uttar Pradesh Central Shia Waqf Board, who reportedly converted to Hinduism.

Mr. Kumar told The Hindu: “Action will be taken as per law.” The statements calling for violence against Muslims were made at the three-day event from December 17 in Haridwar and in an interview to a social media channel.

Narsinghanand offered ₹1 crore to Hindu youth for becoming like LTTE leader Prabhakaran. Later, he told a YouTube channel in an interview that Hinduism could not be saved unless every temple had one Prabhakaran, a Bhindranwale and General Shabeg Singh, the two leaders of the Khalistan movement.

Earlier this year, Narsinghanand’s comments about Prophet Muhammad during a press conference in Delhi caused controversy and led the Delhi police to file an FIR.