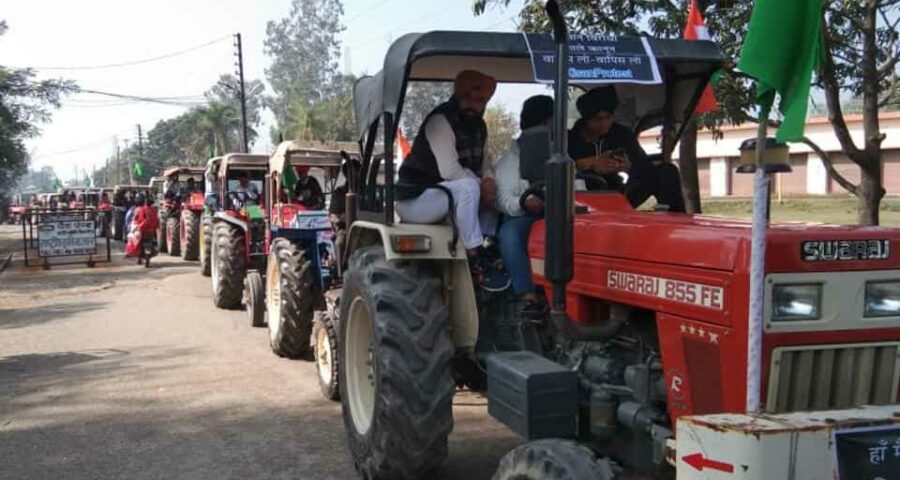 Farmers in Uttarakhand’s US Nagar district took out a tractor parade against farm laws on Thursday.

Farmers reiterated that they would not sit silent till the farm laws were withdrawn by the Narendra Modi government.

Vikramjeet Singh, a farmer from Bazpur, said, “We are forced to come on the roads instead of working in agricultural fields as the Modi government is not listening to farmers’ voices. Our fellow farmers are sitting at Ghazipur border and we took out the parade to show solidarity.”

The farmers of US Nagar took out a tractor parade in Bazpur, Kichha, Sitarganj and other places of the district. They raised slogans against farm laws and the Modi government.

In Bazpur, farmers gathered at the grain market in the morning and took out the tractor parade in Barheni, Beriya Daulat and other rural areas.

Their tractor parade ended at the grain market itself. In Kichha and Sitarganj, farmers took out the tractor parade in urban areas, holding placards and raising slogans.

Satnam Singh, a farmer from Sitarganj, said, “Three farm laws have been imposed on us to benefit the corporate sector. These laws will ruin the agriculture sector. The Modi government should withdraw the laws in favour of farmers of the country.”

A dozen farmers from Jaspur set off towards Delhi’s Ghazipur border with razai (quilt) and daily household items on Wednesday, a farmer said.