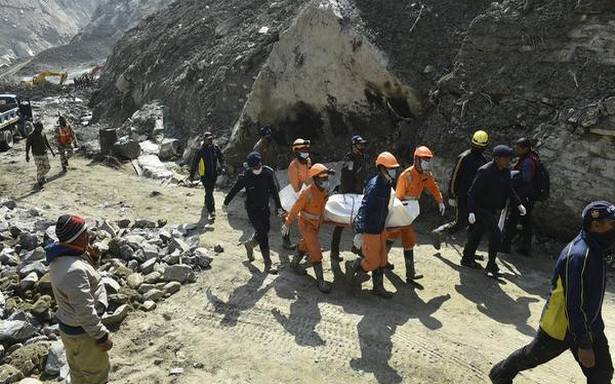 They were found at a depth of 123-125 metres during muck-clearing operations at the Tapovan hydropower station.

Two bodies trapped in a muck-filled tunnel at the Chamoli disaster site were recovered on Sunday, according to an update from the National Thermal Power Corporation. This is among the agencies involved in the rescue operation at the Tapovan hydropower station in Chamoli, Uttarakhand, where a torrential flood from glacier-linked landslip recently destroyed hydropower plants downstream killing at least 40 and causing 204 to go missing.

In Pictures | The aftermath of Uttarakhand glacier disaster

The bodies were recovered at a depth of 123-125 metres during muck-clearing operations. A team of the National Disaster Response Force has taken the bodies to a mortuary.

As part of rescue operations, a 30 cm diametre and 12-metre-deep borehole has been drilled to aid with removing silt.

Operations are on to divert the river’s course from the left bank to the right bank to aid in desilting operations. There are at least 325 engineers, officers, geologists, scientists engaged in rescue operations.

There are also efforts to monitor the size of a lake that has been forming on the upper portion of the Rishiganga because of the natural course of the river being obstructed due to a pile of debris from last week’s avalanche.

The lake is estimated to be 350 metre long with a dam height of 50 metre. Scientists of the Central Water Commission are assessing the extent of possible flooding such a column of water can cause.

The lake that had been detected on Friday had, however, already started leaking water, multiple scientists have told The Hindu. 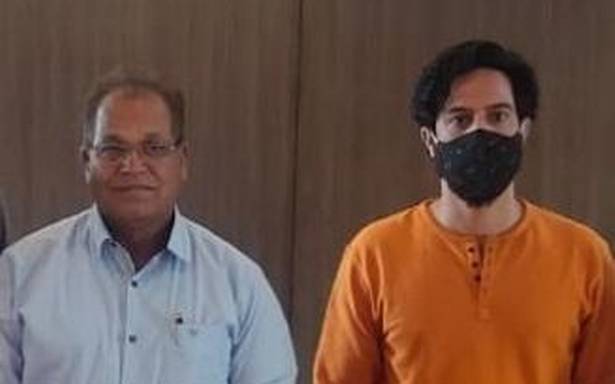