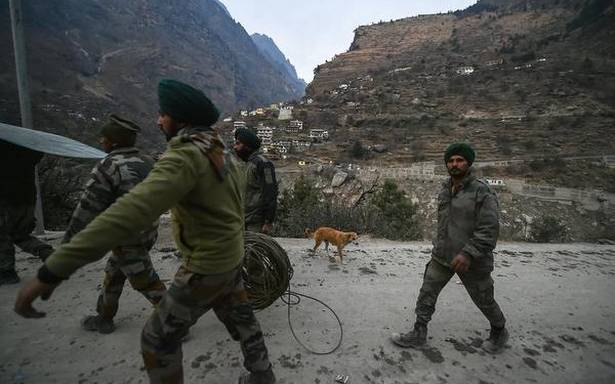 According to the Chamoli Police, the identities of 29 bodies and one body part have been established.

Three more bodies were found in the Tapovan hydel project tunnel in Uttarakhand’s Chamoli on Monday, taking the total number of confirmed deaths in the snow avalanche-triggered flash floods to 54. The search teams have also recovered 22 body parts from different places so far.

According to the Chamoli Police, the identities of 29 bodies and one body part have been established. DNA samples of unidentified bodies have been stored for matching. The DNA samples of 55 family members of missing persons have also been collected.

The Joshimath police station has registered a total of 179 missing persons report. The operation of removing slush from the Tapovan tunnel is still under way. Relief work is also being carried out by various agencies in the affected villages.