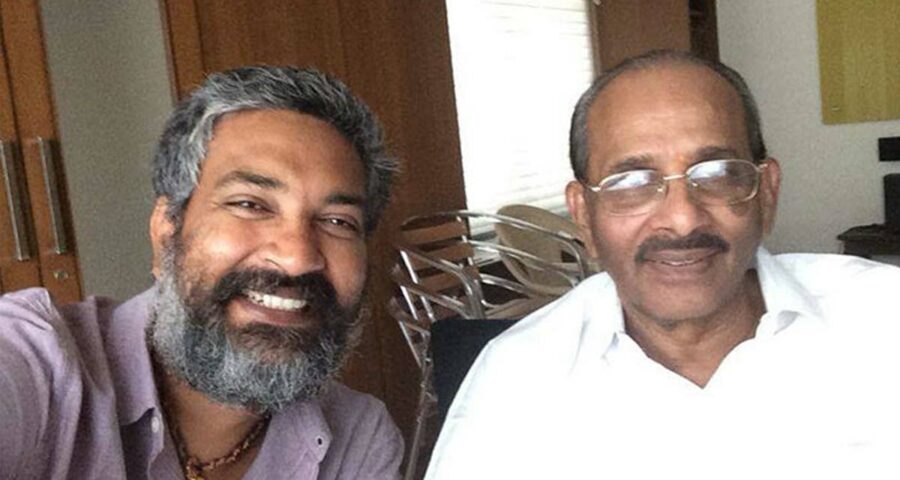 Recently at the show of Alitho Saradaga, Vijayendra Prasad, the father of SS Rajamouli leaked the details of upcoming much hyped movie RRR. For the last few days, KV Vijayendra Prasad is all over the news. The sources say that Rajamouli is very upset and he has even confronted his dad.

Recently,  the story writer Vijayendra Prasad revealed some interesting snippets about this grand project RRR and claimed that the surprise package of Rajamouli’ directorial venture will be Bollywood heroine Alia Bhatt.  Kalank fane Alia Bhatt is going to be the highlight of RRR leaving other big stars aside and this did not go well with SS Rajamouli. Vijayendra Prasad revealed some juicy updates about the Rajamouli film  which was covered by the media till date.

RRR, which is being bankrolled by DVV Danayya also stars  Young Tiger Jr NTR, Ajay Devgn, Samuthirakani and others.  It is a fictionalized retelling of the lives of two revolutionaries – Alluri Sitarama Raju and Komaram Bheem  who participated in the independence struggle. Jr NTR and Ram Charan starrer is slated to hit the theaters on 13th October.