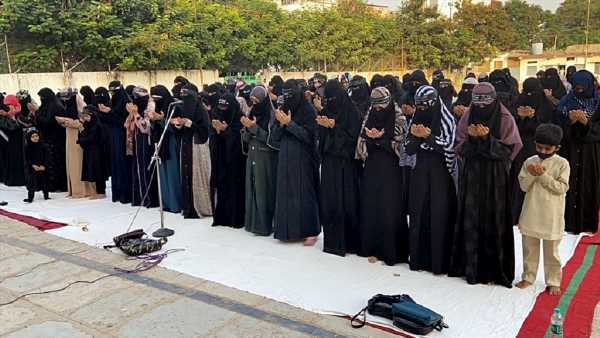 To acquaint people, especially Muslims, with the ‘merits’ of the Uniform Civil Code, the Uttar Pradesh government will organise Qaumi Chaupals all over the state, Minister of State for Minority Welfare and Waqf Danish Azad Ansari said on Wednesday.

With discussions on the UCC taking centrestage, he said the Bharatiya Janata Party government in the state will move towards implementing one law for all, “only after talking to all the parties”.

“As the society is progressing, some new requirements arise and they should be addressed. Every decision of ours will be for the benefit of the public only and their opinion is most important to us,” Ansari, the lone Muslim minister in the Yogi Adityanath government, told PTI in an interview.

“We will go to the grassroots and tell the people, especially the Muslim society, about the merits of the Uniform Civil Code. We will keep the government’s intention before them by organising Quami Chaupals all over the state,” he added.

The issue gains prominence as the newly-formed BJP government in Uttarakhand recently constituted a committee to prepare a draft of the UCC.

The All India Muslim Personal Law Board, the leading body of Muslims in the country, has already rejected the idea.

The board’s general secretary, Maulana Khalid Saifullah Rahmani, had in a statement on Tuesday said talks about UCC by the governments of Uttarakhand, Uttar Pradesh and the Centre were nothing more than  mere rhetoric.

The statement also dubbed the UCC as ‘anti-minorities’ and ‘anti-constitutional.’

“This is absolutely unacceptable to the Muslims. The board strongly condemns this and appeals to the government to refrain from such acts,” it said.

The UCC has been in discussion for some time and is also a major issue for the BJP.

During a party meeting in Bhopal on April 23, Union Home Minister Amit Shah had said issues such as the Citizenship Amendment Act, Ram temple, Article 370 and triple talaq had already been decided and it was the turn of the UCC which, he added, will be resolved in the next few years.

The 33-year-old Ansari, who had his moorings in the Akhil Bharatiya Vidyarthi Parishad during his Lucknow University days, said people’s faith, especially those of the minorities, in the BJP has increased.

The minorities have realised that the BJP is working for the welfare of all sections of society with full honesty and readiness without any discrimination, he said.

He alleged that Muslims in the country were left behind because of the ‘selfish attitude’ of the previous governments.

“The so-called secular parties treated Muslims as mere vote banks and left them on their own after winning the elections. Gradually, the Muslim society understood the truth of those parties and started denying them,” he said.

“This is the reason why the BJP is winning even in Muslim-dominated areas,” he added.

Though there is no Muslim legislator among the 273 MLAs of the BJP and its allies in the state, the saffron party had got the support of eight per cent voters of the minority community in the recently concluded assembly polls.

Ansari himself is not a member of either the assembly or the legislative council at present. His party needs to make him a legislator within the stipulated six months to keep him in the cabinet.

Deoband, home to Darul Uloom Deoband, one of India’s most influential Islamic seminaries — had elected a BJP candidate in the recent assembly elections.

Located in Saharanpur district, the constituency has 40 per cent Muslim voters.