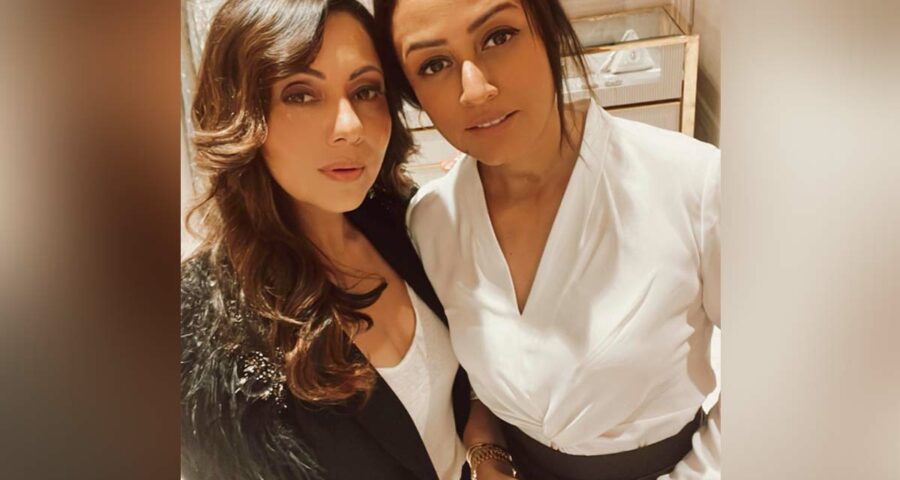 Telugu superstar Mahesh Babu’ Namrata is an active user of the social media sites and  this time she took to her instagram to share to a pic of her with Bollywood Badshah Shahrukh Kha wife Gauri Khan. Namrata and Gauri Khan went on fun lunch.

Namrata wrote on her Instargam, “Unexpected fun lunch!! Gauri Khan in the house..literally catching up after so many years ..it’s As if time stood still .. leaving after a full lunch of flashbacks and great memories!and many laughs. should do this often GKkeep shining as u always do ..”

Recently during an interview, Namrata Shirodkar spoke about her loving daughter Sitara’s debut with Mahesh Babu’s Penny song from the upcoming much hyped movie Sarkaru Vaari Paata which has national award winning actress Keerthy Suresh as the leading lady.

Namrata revealed, “It was Thaman’ idea.  He  came up with the idea after he saw Sitara do a reel on Kalaavathi.  Thaman talked about it during dinner to me and Sitara.

After the release of Sarkaru Vaari Paata, Mahesh Babu  will work with Trivikam Srinivas for an upcoming project. Apart from this film, Mahesh Babu has also confirmed his next with SS Rajamouli.