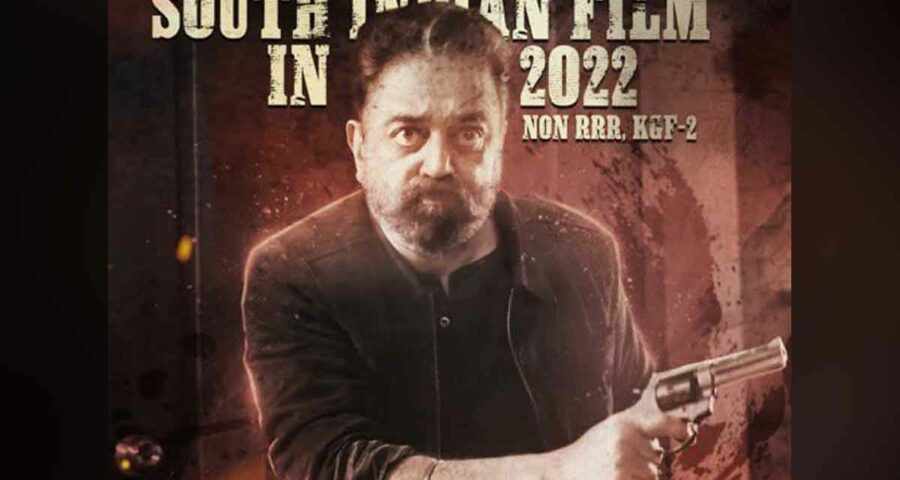 Vikram collections: Kamal Haasan, Fahadh Faasil and Vijay Sethupathi starrer Vikram has already broken several box office records for the Tamil film industry.  The movie  is continuing to mint money as it nears the end of its second week at the box office.  The action thriller drama Vikram has been the top choice of movie lovers across south India since its 3rd June release.  Kamal Haasan starrer Vikram is at  no 3  this year at the USA box office  as it has collected $2.67 million.

Rajamouli’ RRR starring Jr NTR and Ram Charan,  is still at the top 1 as  it has earned $14.34 million whereas Yash starrer KGF 2 is at the second place with the earning of $7.41 million.

This year’s top 3 South Indian blockbusters in the USA

It is known that Vikram was released in over 400 theatres in Telugu states alone. The film distribution rights in Andhra Pradesh were brought by Telugu star Nithiin’s banner Sreshth Movies and distributed the movie all over the Telugu regions.  Vikram is said to be made with a whopping budget of Rs 130 cr  by Kamal Haasan’s production house.