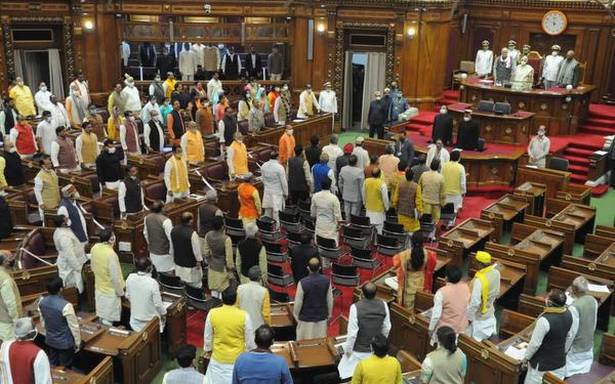 Uttar Pradesh Governor Anandiben Patel on February 18 praised the steps taken by the Adityanath government for controlling the spread of coronavirus in the State.

Addressing the joint sitting of the State Legislature at the start of the Budget session, the Governor said that besides effectively controlling the spread of the virus, the government also brought back migrants stranded in other States amid the pandemic.

Sugar mills operated despite the situation prevailing due to the pandemic in the State, she said.

The Governor said the State has emerged as an export hub, and stressed that the power department played an important role in achieving this.

Praising the government’s zero tolerance policy against crime and criminals, she said concerted action has been taken against the mafia elements in the State.

As many as 1,019 mafias have been arrested and several others have surrendered in the courts. Arm licences of the mafias have been cancelled and action for seizing and demolishing illegal properties has also been carried out, she said.