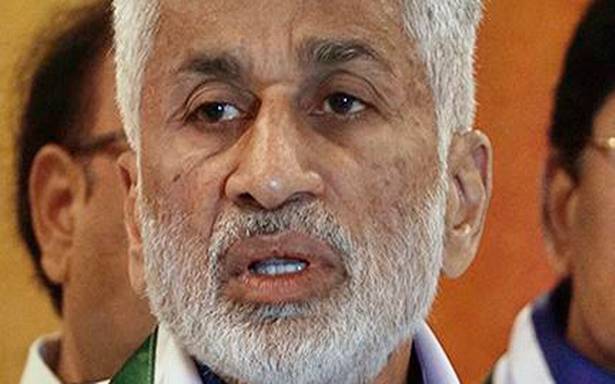 YSR Congress Party MP V. Vijaya Sai Reddy said that two slums in the city will be developed on a pilot basis as part of the slum development project. He said that Chief Minister Y.S. Jagan Mohan Reddy will launch the project soon.

The MP was speaking to the officials after a review meet organised to discuss the status of various development activities in the district, here on Saturday.

He said that they had identified 794 slums in the district.

“The development plans for the slums is ready and initially we would be taking up development activities at two slums,” he said. The main motto is to provide all basic amenities to the people, he said.

The MP also asked the officials to maintain protocol in all the government programmes organised in the city.

District in-charge Minister and Agriculture Minster K. Kannababu said that as COVID-19 cases have come down, the officials must focus on welfare schemes and speed up the works. He also reiterated that the Chief Minister is giving priority to the development of Visakhapatnam.

He said that he is receiving a number of complaints that the secretariat staff are not working properly and asked the officials concerned to keep inspecting the Sachivalayams.