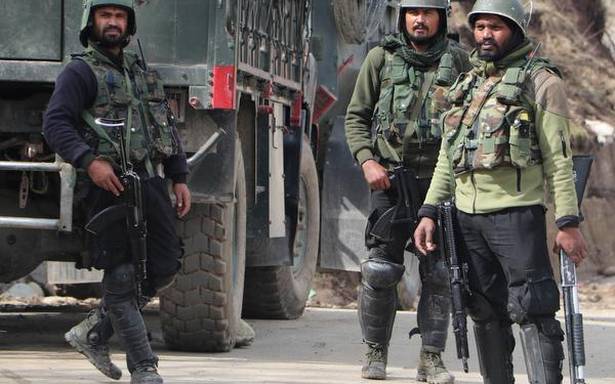 Two militants were killed in a late night operation in south Kashmir’s Shopian on Sunday.

"Two militants were killed in an encounter with the security forces in Sidiq Khan area of Shopian district," a police spokesman said.

"Top commander of the LeT Ishfaq Dar alias Abu Akram, who was active since 2017, has been neutralised. I congratulate the security forces," Inspector General of Police Vijay Kumar said.

Earlier, the police said it offered surrender option to the trapped militants, "who refused the offer and opened fire".

The operation was jointly launched by the Police, Army’s 34RR and CRPF after a tip off about the presence of militants.

Meanwhile, locals claimed that Internet services were suspended in the area by the authorities.