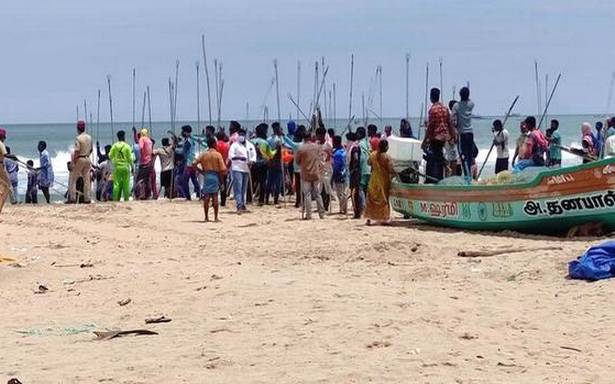 Fishermen from two hamlets have been at loggerheads

Tension prevailed at Veerampattinam and Nalladu on Saturday after policemen from the Ariankuppam station fired in the air to avert a clash between groups of armed fishermen from the two villages.

The policemen started firing in the air when the fishermen of Veerampattinam started moving towards Nallavadu following reports of a clash in the sea.

Fishermen from the two hamlets have been at loggerheads for a long time over the use of purse seine nets and a territorial dispute over fishing rights.

The police said two fishermen sustained minor injuries in the clash in the sea. A huge contingent of the territorial police had been deployed in both villages to avoid escalation of tension.