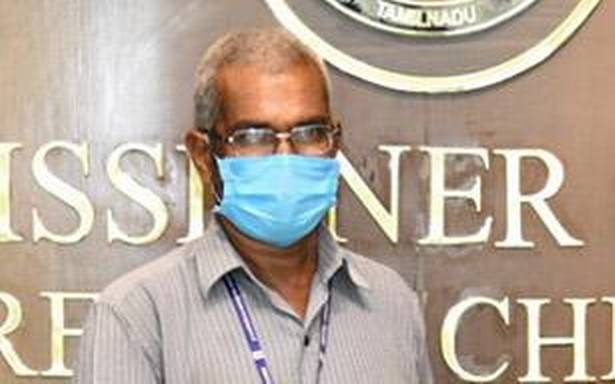 Two conservancy workers who handed over gold jewellery which they found while on duty to the police were felicitated on Friday.

M. Mohanasundaram, 55, of Royapuram, a conservancy worker, collected garbage from the Tamil Nadu Slum Clearance Board quarters in Rangarajapuram, Korukkupet, and carried it to Ekappan Street for segregation. During segregation, he found a bag containing gold jewellery.

Inspector Thavamani verified the claim of Ms. Muniyamma and handed over to her the bag given by Mr. Mohanasundaram. During inquiry, the woman told the police that she had cleaned the house and may have dropped the bag containing the jewellery by mistake when Mr. Mohanasundaram came for garbage collection.

In another case, Rani, 37, spotted a gold chain in a pile of garbage while cleaning Fourth Street in Rajiv Gandhi Nagar, Perungudi. She went around asking people in the vicinity if the chain belonged to them.

Since no one claimed ownership of the chain, she reported the matter to her supervisor.

Acting upon the advice of her colleagues and superiors, she handed over the gold chain to the Thoraipakkam police station.

Commissioner of Police Mahesh Kumar Aggarwal felicitated the two for their honesty and announced a reward.