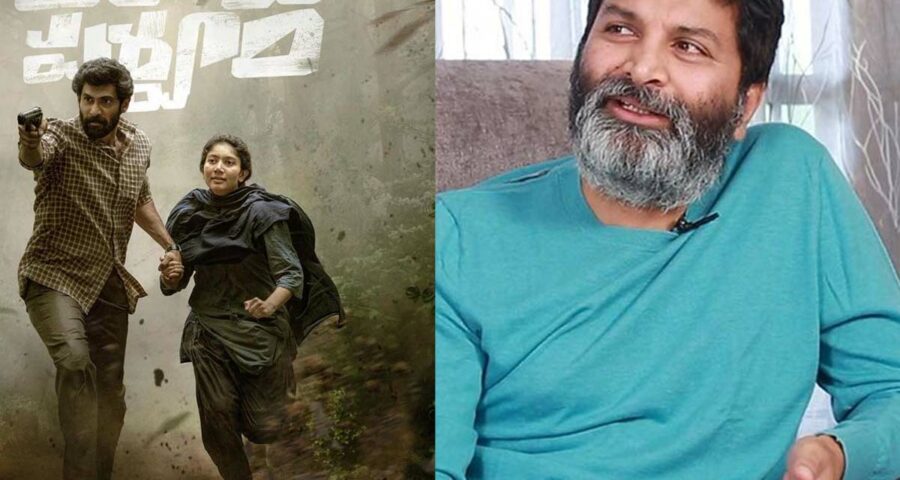 Featuring Rana Daggubati and Sai Pallavi in the lead roles, Virata Parvam is a social message-oriented drama that is all set to stream on big screens from June 17. At present, the makers are screening special shows of the film to select celebrities.

And the director Trivikram Srinivas is one of them who watched the film recently. At a private facility in Hyderabad, Suresh Babu organised this screening. After watching the film, Trivikram said that he was much impressed with the content and he lauded the entire team for accomplishing such a hard work.

He also said that the film will definitely attract the audience with Rana and Sai Pallavi’s love story. As this is Rana’s first story as well, it is expected to be one of the highlights of the film. And moreover, their love story can be said as the core point in and around the whole Naxalite backdrop.