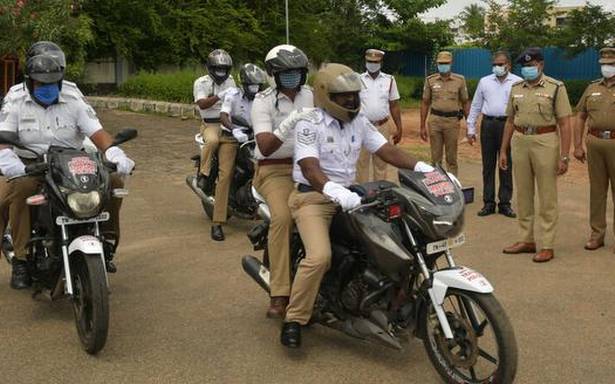 The Tiruchi City Police on Saturday launched traffic marshals to improve the efficiency of traffic regulation and management in the city.

Commissioner of Police G. Karthikeyan, who flagged off traffic marshal police vehicles, said that the scheme was aimed at reaching the spots where traffic jams or accidents were reported within a few minutes. To enable the police personnel to reach the spots as early as possible, the traffic policemen posted in busy areas would be given two-wheelers fitted with communication gadgets and first aid box. The system would help clear bottlenecks that disrupt smooth flow of vehicles. Moreover, the traffic marshals would also be able to offer first aid to accident victims before the arrival of ambulance.

The Commissioner of Police said that the traffic police units in Cantonment, Woraiyur, Srirangam, Fort, Ariyamangalam and Palakkarai had been allotted two vehicles each. Based on the need, the number of vehicles would be increased.