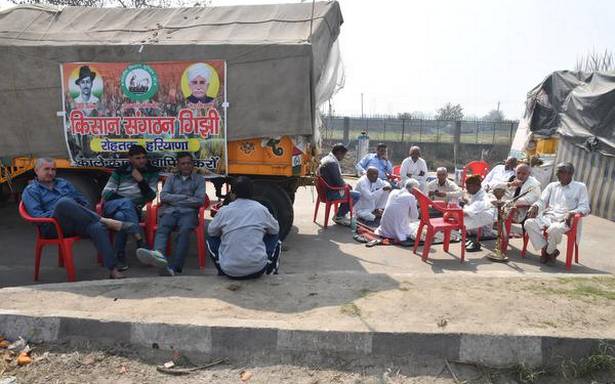 The traders body said they have approached the law enforcement agencies of the two States, but no action has been taken.

A plea came up for hearing before the Delhi High Court on Wednesday seeking a direction to the authorities to clear the blockade at Delhi-Haryana border near Bahadurgarh area due to the ongoing farmers’ protest against the new farm laws.

A bench of Chief Justice D. N. Patel and Justice Amit Bansal was informed by the counsel for Delhi Police that three petitions with similar prayers are already pending before the Supreme Court which has already constituted a committee to look into it.

The bench asked the counsel for petitioner to verify the prayers made in the petitions before the Supreme Court and also the orders passed by the apex court so that no contradictory orders are passed by the high court.

The court listed the matter for further hearing on November 15.

Counsel for petitioner, Bahadurgarh Chamber of Commerce and Industries, said people who are working between the two States have been suffering for the past ten months due to the heavy blockade by the security forces of Delhi and Haryana.

It said thousands of persons are suffering since they are facing problems in commuting.

The traders body said they have also approached the law enforcement agencies of the two States, but no action has been taken.

When the petitioner’s advocate said that the authorities be directed to ensure that ambulances are allowed to pass hassle-free, the counsel representing the Delhi Police said a separate passage has been created and all emergency vehicles are allowed to move.

Thousands of farmers, mainly from Punjab, Haryana and western Uttar Pradesh, have been protesting at various border points of Delhi for last 10 months against the three laws – the Farmers’ Produce Trade and Commerce (Promotion and Facilitation) Act, the Essential Commodities (Amendment) Act, and the Farmers (Empowerment and Protection) Agreement on Price Assurance and Farm Services Act.