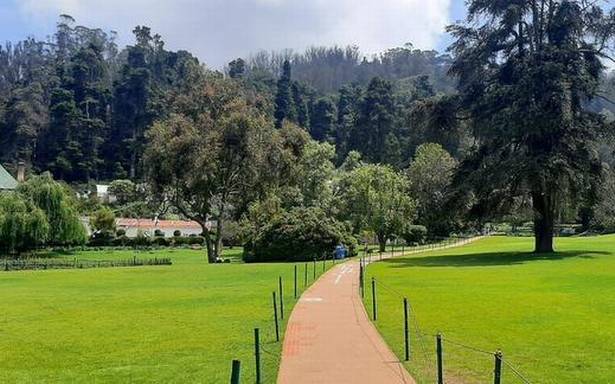 The district will be closed to tourists from April 20, though exemptions will be made for people travelling for essential work and medical treatment, the district Collector said

With the Nilgiris set to shut doors on tourists from April 20 to combat the spread of COVID-19, many tourists on Monday prepared to leave the hill station.

Nilgiris district collector J. Innocent Divya told journalists that based on guidelines issued by the State government (in the wake of rising COVID-19 cases), the district will be closed for tourists. “Tourists will not be allowed to enter the Nilgiris from Tuesday,” she said. However, exceptions may be given for people travelling on essential work, such as for trade, business or medical treatment, with the e-registration system set to remain in place.

Last year, following the outbreak of the pandemic, the district had been closed for tourists starting from March and continued to remain closed until September.

On Monday, most of the remaining tourists in the Nilgiris prepared to cut their trips short and leave early. One hotel owner said that occupancy had already been almost zero at the hotel during the weekend. “With the latest announcements, people have decided to return home before the new restrictions come into force from Tuesday onwards.”

Heavy vehicles carrying goods and supplies will however, be exempted and will be allowed to travel into and out of the Nilgiris, said the Collector.

The Inspector of Factories has also been told to identify continuous process industries in the district, and they will be allowed to function if they seek permission from the district administration. Employees at such factories will be given special passes if the industries are given permission to keep operating.

Mass gatherings have also been banned, with only 100 people being allowed to attend weddings and 50 people to be allowed to attend funerals. Committees are being formed to ensure that the Standard Operating Procedures (SOPs) are being adhered to. Tea stalls will also be allowed to only function at 50 percent capacity, with the district administration insisting that the patrons wear their masks before entering and when leaving the shops.