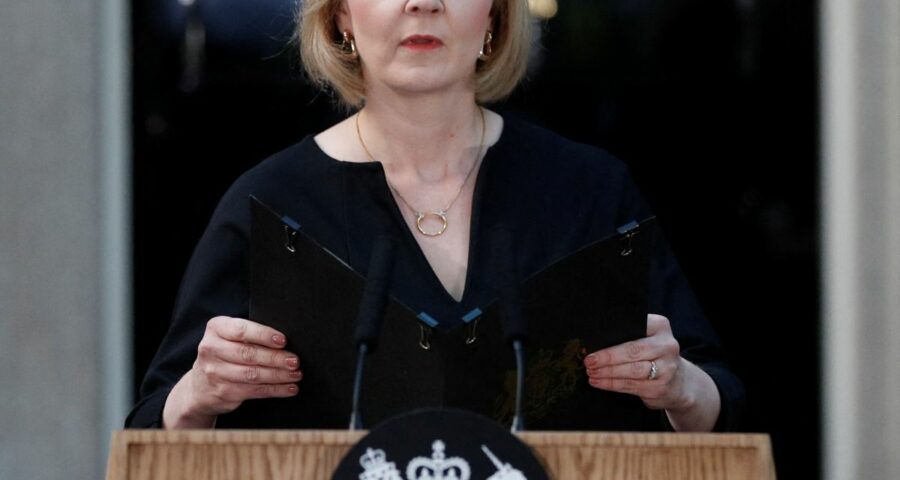 Rebels on the backbenches of the UK’s governing Conservative Party are said to be plotting to replace Liz Truss as party leader and prime minister with a so-called “unity” joint ticket team involving former leadership rival Rishi Sunak, it emerged on Friday.

It comes as a YouGov poll for the The Times found that almost half of Tory party supporters believe the party chose the wrong candidate in the leadership election.

The poll found that among those who voted for the Conservatives at the last election, 62 per cent said that party members had made the wrong choice when the race was shortlisted between Truss and Sunak, compared with 15 per cent who said they had got it right.

It has led panicked Tory members of Parliament to start considering alternatives in the candidates who secured the most votes within the parliamentary party — the 42-year-old British Indian former chancellor, who was the frontrunner with his colleagues, and Leader of the Commons Penny Mordaunt, who came in third.

The government, meanwhile, is reeling from the impact of the controversial mini-budget at the end of last month, with UK Chancellor Kwasi Kwarteng flying back from an International Monetary Fund meeting in Washington a day earlier than planned.

While further U-turns on the tax-cutting plans are expected following crunch meetings at 10 Downing Street, the Tory backbenchers are said to be weighing up the prospect of changing the party leader yet again.

Given that Truss, 47, technically cannot face a leadership challenge unless until 12 months unless the powerful 1922 Committee of backbench MPs vote to change their rules, MPs are said to be considering the possibility of rallying behind a joint team of Sunak and Mordaunt where the former is the prime minister and the latter his deputy.

Another option is for Mordaunt, 49, to take over as party leader and Prime Minister and Sunak as Chancellor, given his track record in office at the Treasury and that he had warned of much of the turmoil that has since unleashed under Truss.

“A coronation won’t be that hard to arrange,” a senior Tory was quoted as saying in The Times.

The party believes a pact is possible between Sunak, who lost to Truss in the party membership vote 57 to 43 per cent, and Mordaunt who came in third in the early stage of the voting among MPs and then threw her support behind Truss.

“No offence to Sunak or Mordaunt but government is not a game of spin the bottle, where if you don’t like the result you can just keep spinning again,” tweeted Tory MP Nadine Dorries, a fierce Johnson loyalist.

“Those absurdly called grandee MPs (men) agitating to remove Liz Truss are all Sunak supporters. They agitated to remove Boris Johnson and now they will continue plotting until they get their way. It’s a plot not to remove a PM but to overturn democracy,” she said.

It comes a day after UK Foreign Secretary James Cleverly fired a warning shot for rebels that it would be a ‘disastrously bad idea’ to think about replacing Truss as the Tory leader, just over a month after she was elected by the party membership.

“I think that changing the leadership would be a disastrously bad idea, not just politically but also economically, and we are absolutely going to stay focused on growing the economy,” he said.