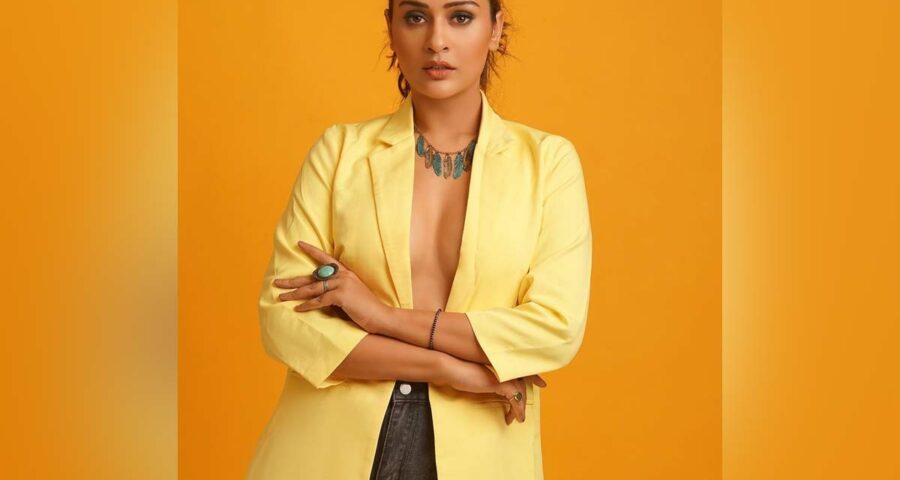 RX 100 fame Payal Rajput is raising mercury levels with her steaming h..t photographs  on Instagram. Her photoshoot pics are a rage online. She is known for her svelte body and  enjoys huge stardom in Tollywood.  The actress made her entry in Telugu film Industry with the movie Rx 100 co-starring Kartikeya which was helmed by Ajay  Bhupathi. After  delivering Venky Mama, she appeared in Aha’s web series ‘3 Roses’.  She  is an active user of the social media sites, took to her instagram to share a pic of her from a recent photoshoot where she is seen braless/topless.

Coming on the pic, Payal Rajput  is posing topless but covered herself with a yellow overcoat. With coat she covered her braless body. One of her fan wrote: Oh my.. Look at you.. Unbelievably fabulous. Another fan wrote: Raising the temperature. You are a true epitome of beauty. Another netizen wrote: Looking marvelous

The beautiful actress never shies of turning bold for films or photoshoots. She is now taking over the internet with her latest pics which are going viral on the social media.

On the work front she has few movies in her kitty which are Angel, Kirathaka, Head Bush, Golmaal and an untitled Eeshan Surya’s film, which are in the different production stages.