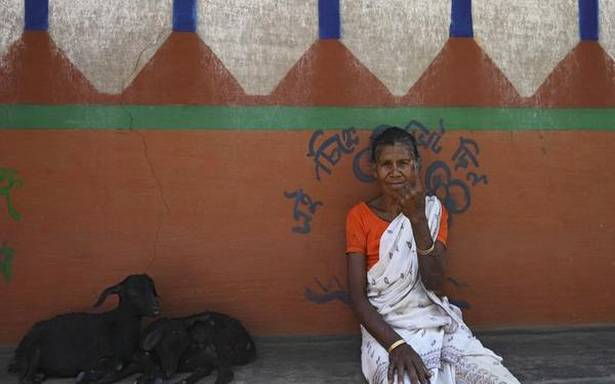 Over 260 candidates, including 23 women, were in the fray for the 47 constituencies where voting was held.

It is different from State to State as to how you achieve the objective of defeating the BJP, says CPI(M) general secretary.

“The debate will help voters see the difference like milk and water,” the Union Minister said

A count issued by an independent researcher in Yangon who has been compiling near-real time death tolls put the total as darkness fell at 93, spread over more than two dozen cities and towns. The online news site Myanmar Now reported the death toll had reached 91.

Even with fewer numbers, the standard operating procedure is conspicuous by its absence in this large congregation of humanity.

Based on the rates of evolution seen in the endemic common cold coronaviruses, scientists believe SARS-CoV-2 will start to change more slowly once infections start to die down.

Yugraj Singh, who works for a food delivery app, was called by the NIA for questioning in a narco-terror case on March 26. It is alleged that Mr. Singh was beaten in NIA’s custody and was later admitted in a government hospital in Jammu.

An apparent bureaucratic delay has deprived families of 16 migrant labourers crushed by a train in Maharashtra during the coronavirus-induced lockdown in May 2020 from getting their death certificates.

New attempts to free the vessel stuck in Suez Canal

The Ever Given, a Panama-flagged ship that carries cargo between Asia and Europe, ran aground Tuesday in the narrow canal that runs between Africa and the Sinai Peninsula.