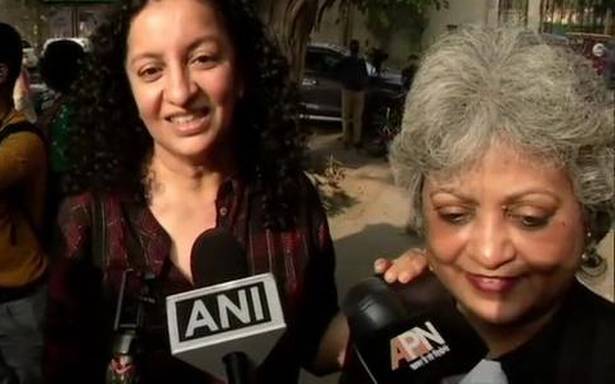 "Women have the right to put their grievances at any platform of their choice and even after decades," the court said while acquitting Ms. Ramani in the case. The court also rejected Mr. Akbar’s argument that he was a man of stellar reputation.

#MeToo | My victory belongs to everyone who spoke up during the #MeToo movement, says Priya Ramani

Speaking to The Hindu, Ms. Ramani said, “This case was not about me, it was about what women face at the workplace. It feels amazing to have your truth validated in a court of law. My victory belongs to everyone who spoke up during the #MeToo movement.”

Speaking to reporters outside the court, senior advocate Rebecca John, who was also Ms. Ramani’s lawyer said, “I think probably this is the most important case of my career.”

EU Ambassador Ugo Astuto is leading the delegation. It is the third visit of the EU envoys to Jammu and Kashmir since the abrogation of special status of J&K in August 2019.

The court asked the government to file a response in two weeks.

On a day when petrol crossed the ₹100 mark, Prime Minister Narendra Modi on February 17 said the middle-class would not have been burdened if the previous governments had focussed on reducing India’s energy import dependence.

The U.S. and German companies said in a statement that the doses come on top of the 300 million vaccine doses the bloc has initially ordered. The European Commission has an option to request a further 100 million doses.

The FATF’s Plenary and Working Group meetings, scheduled to be held from February 21 to 26 in Paris, is all set to decide on Pakistan’s grey list status.

Facebook said nearly 97% of the hate speech and harassment content taken down in the final three months of last year were detected by automated systems, before any human flagged it. In the July to September quarter, AI helped detect 94% of hate content; and 80% were spotted in late 2019.

The country is not short of ideas, Mr. Modi said, adding that it needs mentors to help turn ideas into reality.

Thakur is the only player who has not been kept as he will be released to compete in the Vijay Hazare Trophy.

Greece’s Stefanos Tsitsipas recovered from two sets down to stun Rafael Nadal in the Australian Open quarter-finals on February 17, ending the Spaniard’s bid for a record 21st Grand Slam title.