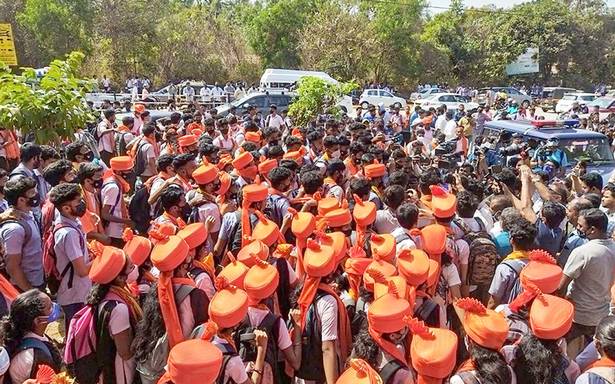 Court requests the State Government and all other stakeholders to reopen the educational institutions and allow the students to return to classes at the earliest.

The Uttar Pradesh Chief Minister had said that the State can become Kashmir, Kerala or West Bengal if the BJP is not voted back to power.

He says panel’s role is restricted and its suggestions have been ignored.

The Allahabad High Court has directed the Uttar Pradesh administration to exhume the body of a Muslim boy who died in police custody in Kasganj and carry out a fresh postmortem of the body at the All India Institute of Medical Sciences, Delhi.

Coronavirus pandemic has not ended as more variants are expected: WHO chief scientist

“We have seen the virus evolve, mutate … so we know there will be more variants, more variants of concern, so we are not at the end of the pandemic,” Dr. Soumya Swaminathan told reporters in South Africa, where she was visiting vaccine manufacturing facilities with WHO chief Tedros Adhanom Ghebreyesus.

The threat of Muslims that has been fanned by BJP leaders in their speeches has waned.

Jaishankar attended the fourth Quad Foreign Ministers’ Meeting along with his counterparts from Australia, Japan and the United States.

China, which has territorial disputes with many countries in the strategic Indo-Pacific region, has been opposing the Quad alliance since its formation.

We’re in a window when an invasion could begin at any time and, to be clear, that includes during the Olympics, says Antony Blinken.