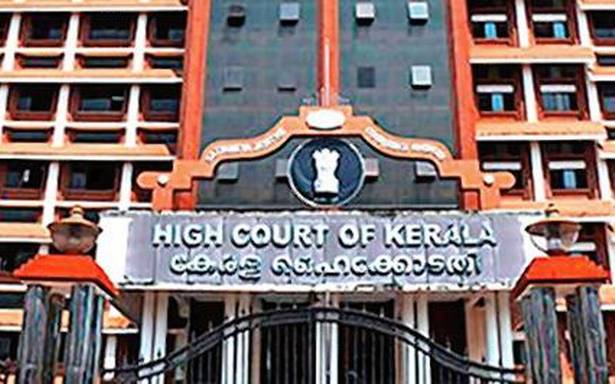 Here are the top news developments from Kerala to watch out for today.

The Kerala High Court will consider a writ petition challenging the contentious Lok Ayukta Act, 1999, Amendment Ordinance. Kerala Governor Arif Muhammad Khan had recently assented to the executive order that effectively annulled the much-debated section 14 of the law. The arguably harsh and binding section had made it obligatory for the competent authority to discharge mandatorily, sans appeal, any public official found guilty by the ombudsman.

The Lok Ayukta Act specifies the Governor as the "competent authority" if the Chief Minister is the public official at fault. In the case of a minister, the CM is the competent authority. The Act applies at various tiers of the administration, from the cabinet level and downward.

The executive order has arguably come as a political victory for Chief Minister Pinarayi Vijayan. The administration appeared to breathe a sigh of relief after Mr. Khan assented to the Ordinance in the face of stiff resistance from the Congress-led United Democratic Front (UDF) and Bharathiya Janata Party (BJP).

The High Court will hear an appeal against a single judge’s verdict upholding the Centre’s broadcast ban on MediaOne Malayalam news channel.

The single Bench had dismissed a writ petition filed by the channel against the proscription. The judge had declared that the inputs given by intelligence agencies against Media One are severe and of extreme national security concern.

The channel has argued that the Centre had raised the spectre of threat to national security to deny the news broadcaster its license to take to the airwaves.

Congress and LDF have described the broadcast ban as the latest in the repeated attempts by the Modi government to gag the independent media. Chief Minister Pinarayi Vijayan had on Wednesday asked the Centre to publicise the national security imperative for prohibiting Media One.

Chief Minister Pinarayi Vijayan will speak at the passing out parade of police Sub Inspector trainees. He is expected to reply to recent criticisms about the policing and conduct of law and order officers.

KSRTC Swift buses will soon have dual dashboard cameras to monitor the on-road traffic behaviour of drivers. The decision gains relevance against the backdrop of critical video evidence that showed a "rash and negligent" KSRTC driver allegedly causing the death of two bikers in Palakkad recently.

Conservationists up in arms against Idukki airstrip

Conservationists are up in arms against the government’s decision to allow an airstrip in the ecologically fragile and rugged Idukki district. The State Forest Department had also objected to the bid on the ground that the proposed airstrip abutted the Periyar Tiger Reserve and was perilously close to the protected area.