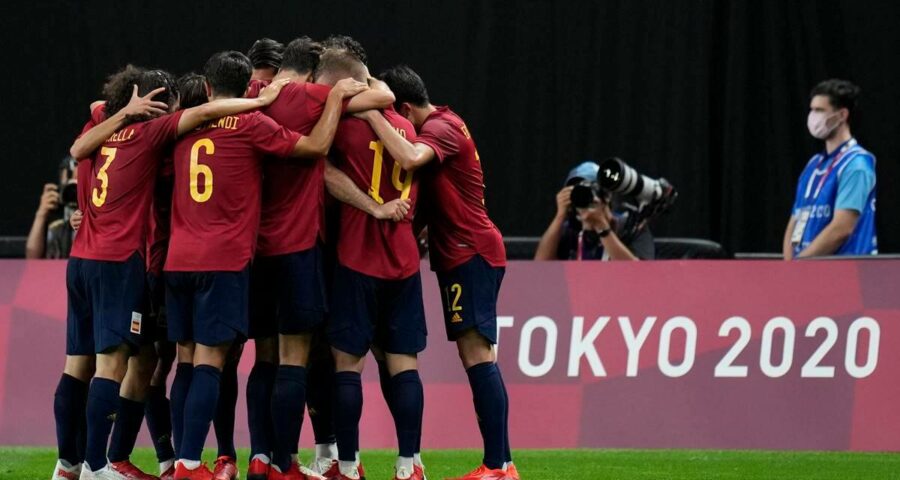 Olympic men's soccer lacks the status of the European Championship or Copa America. The Tokyo Games still offer the chance for the countries to collect trophies this year. Mikel Oyarzabal helped Spain into a second semifinal in a month. Brazil remains on track for a quick return to another final.

Olympic men’s soccer lacks the status of the European Championship or Copa America. The Tokyo Games still offer the chance for the countries to collect trophies this year.

The Spanish were taken by Ivory Coast to extra time before winning 5-2 on Saturday with the go-ahead goal scored by Oyarzabal, who also netted the winning penalty in the Euro 2020 quarterfinals. The continental semifinal was lost to Italy. Now a more youthful Spain squad will be hoping to find a way past Japan, which was taken to penalties by New Zealand before winning the shootout 4-2.

The gold medalist on home soil in 2016, Brazil continued its title defense with a 1-0 victory over Egypt secured by Matheus Cunha’s low strike in the 37th minute.

The goal was set up by Richarlison, who has been allowed by Premier League club Everton to do double-duty in the offseason, having already been in the side that lost to Argentina in the Copa America final three weeks ago. Egypt wasn’t allowed to bring players from England’s top league like Brazil — particularly Liverpool striker Mohamed Salah as one of the three players over the age of 24 permitted in the men’s competition.

For Brazil, standing in the way of reaching another final on Tuesday is Mexico, which ousted South Korea 6-3 with a pair of goals from Henry Martín.